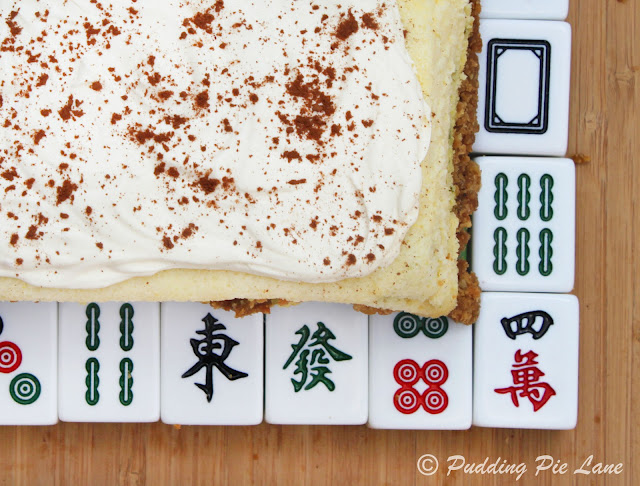 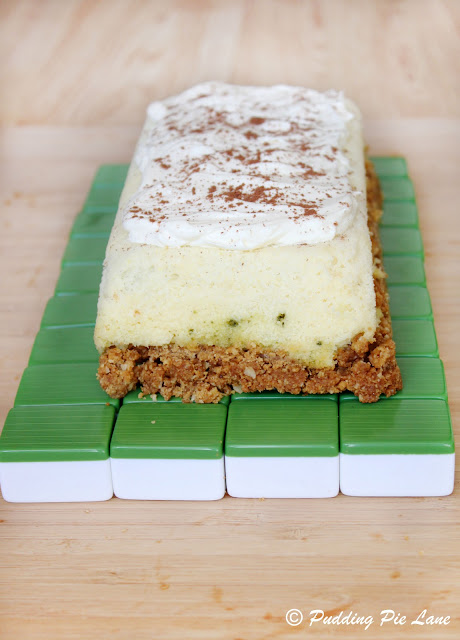 But whilst I wait for that watch to get invented, I shall talk a little bit about cheesecake. 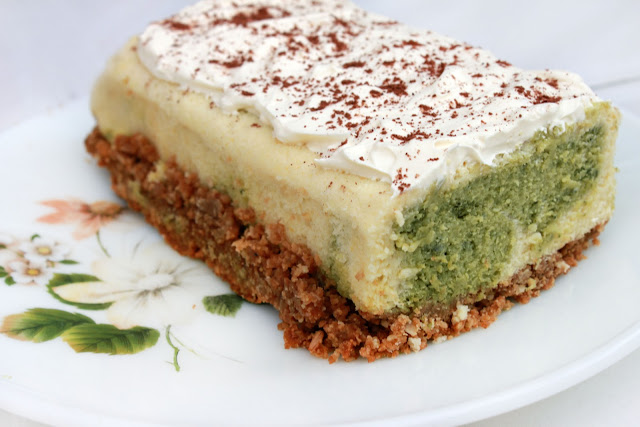 So what is matcha? It's green tea powder, used in Japan in tea ceremonies to well, make tea. Now, it's used in anything from mochi, to flavouring ice cream, to vegetable tempura batters (the last one is new to me too).
(Don't get weirded out, there's an all garlic restaurant in London & Stockholm that serves garlic cheesecake. Now that's weird).
It's quite expensive (at about £11 for a 30g tin), but you really don't need very much to make tea or bake with. I actually added quite a lot (about 3 tablespoons) to my recipe because I didn't feel like I could taste it otherwise. But that's just me, I can't taste coffee until I'm practically eating the beans :)


A couple of things: this is a baked cheescake, so has a slightly difference texture to the gelatin ones. Especially this one, its a bit more sticky and less heavy. (This is bad, you will eat more than you realise you are eating.) 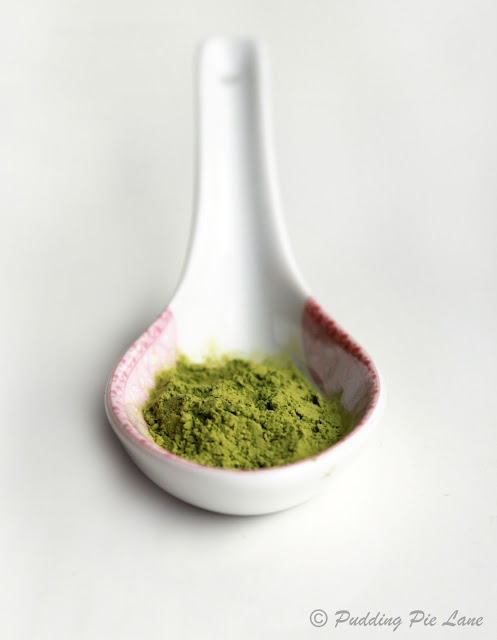 I baked it in a loaf tin, which didn't have a loose bottom, so I baked the cheesecake first and then topped it with the biscuit crust, then I flipped it over onto a plate.

This cheesecake is also a little less sweet than the traditional New York ones, with a sort of bitterish-tea kick from the matcha. And then I added some whipped cream and chocolate sprinkles, although I think that if you are making it you can add shaved chocolate because it went really well together.

I also tried to swirl the matcha and make a nice pattern, but clearly that didn't work. So I put the cake on mahjong tiles to look nice instead. I hope it worked... (if not, uh, it was my dad's idea, so I'll shift the blame). 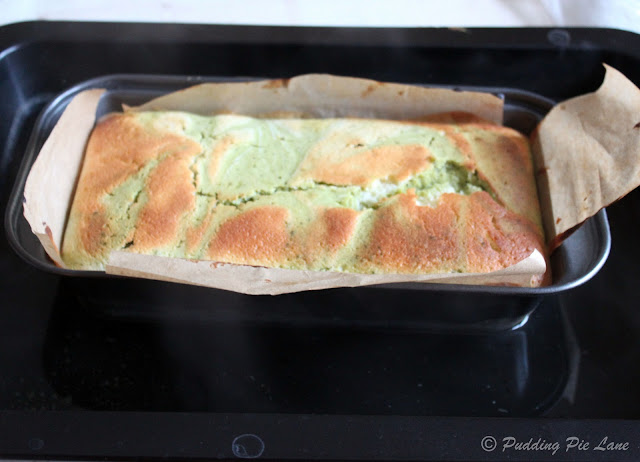 This recipe was again from my 'A World of Cake' book (as was where I got the recipe for my Burger Cake from). I don't have the book with me at uni, and I made this cheesecake a while ago, so I don't completely remember the recipe. I shall search my noggin for it though, because I know how much you are all dying to try this recipe :D

p.s. I just wanted to say I made this cheesecake before I started this term at Uni. God, I miss baking so much.