A cake….in the shape of a dumpling?

Is it a bird? Is it a plane? No, it’s a GIANT DUMPLING CAKE! 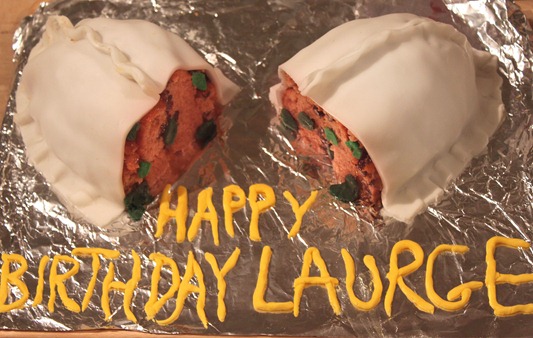 This cake was made by a friend and I for a friend’s birthday, and we decided on a ‘Chinese Themed Cake’, for reasons that, to this day, I am not sure of. Plan A was to make a steamed Chinese cake, but this was impossible because neither of us had a steamer, or a big pot, or a steaming tin pot thing. So we moved on to Plan B: a Chinese-y decorated cake, with three tiers and dragons spiralling down them and painted Chinese symbols and lantern shapes; but you just reading that will guess it’s pretty difficult (if not, my birthday is at the end of August). But we were on a strict time budget.

Plan C: Chinese SHAPED cake. It was brilliant! And the other day we were all sat in my room eating dumplings, so what better way to say ‘happy birthday’ than with a massive sugar-fied version? So, the plan was to walk in with the cake and candles, get looks of surprise at how amazing the cake was and how it resembled a massive dumpling, cut the cake, share some out, receive our praise, and leave. But instead, the response from the birthday boy was:

Well, I thought it was brilliant.

The making of the cake/maggot

This one was really fun. Especially because we didn’t really know what we were doing.

So we started with a sponge cake mix, because that wouldn’t take up much time. Then added some raisins to look like herbs in the dumplings and red food colouring make it look meat-like. Into the oven for 20 minutes… 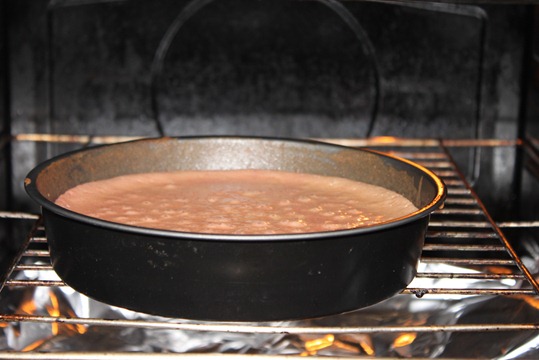 Here’s one I made earlier! 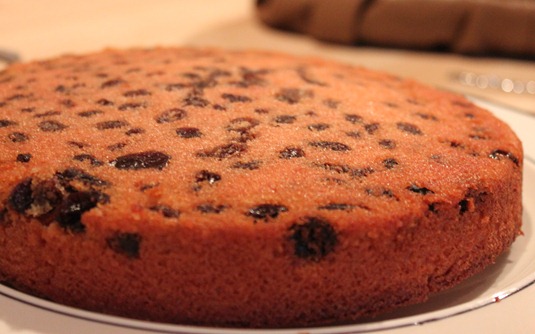 Then after a lot of cutting the pieces of cake, sticking together with glue (a.k.a. apricot jam), eating the leftovers, realising that we just ate what was meant to be the top shape of the dumpling, some desperate patchwork, we got something that mildly resembled a half dumpling! Hurrah! 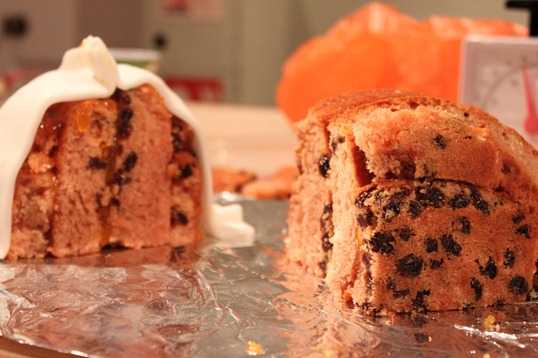 The icing was the ready rolled stuff, and the green bits (‘spring onions’) were made from ready made coloured icing. All that needed to be done was yellow (get it?) icing writing, some champagne candles (I know it’s weird to put champagne on top of a dumpling cake, but if you know our friend Laurence, this is standard practice). 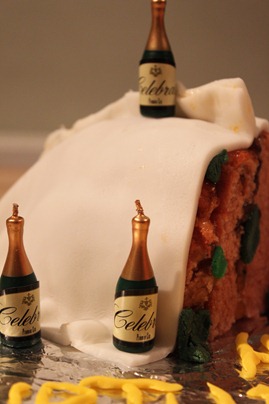 And after ALOT of random photos with this cake (Asian poses, Asian cake, Asian photo extravaganza!)… 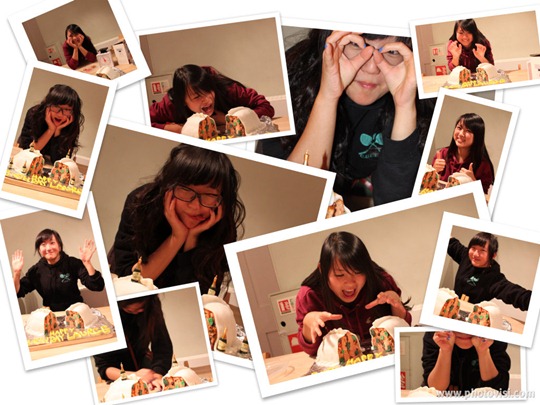 We presented it to birthday boy… 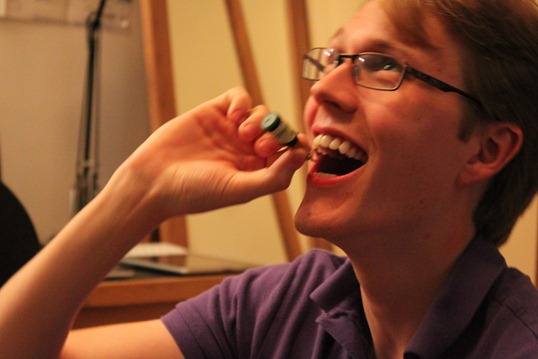 Um, I think you’re eating the wrong part of the cake.

Lesson learned today: some people mistake dumplings for maggots. I sincerely hope that they don’t mistake maggots for dumplings.