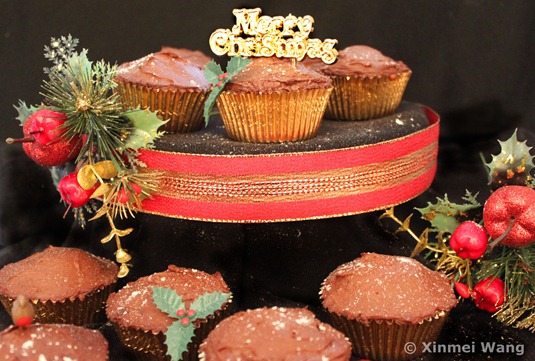 Gone away, is the mustard,
Here to stay, is the custard,
The frosting topped on,
As we mix along,
Baking in a winter wonderland.

Out of icing we can build a snowman,
Then pretend that it is Parson Brown,


Later on, we'll retire,
As we eat, by the fire,
To face the big bake,
The cakes that we made,
Baking in a winter wonderland.


Out of chocolate we can build a snowman,
Pretend that snowmen are always brown,
We'll have lots of fun eating mister snowman,
Until the bedder mops the surfaces down.

When it cooks, ain't it thrilling,
Though your hand might get a burning,
We'll frolic and play, the oven-mitt way,
Baking in a winter wonderland! 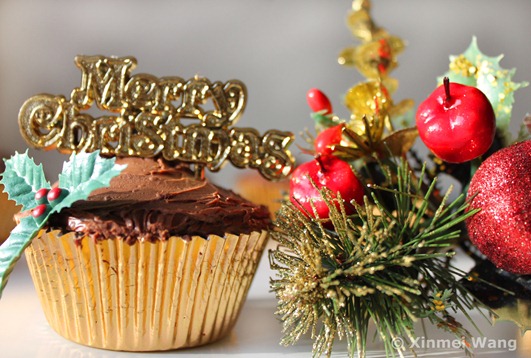 This is probably the first, last and only Christmas post I am doing, as I am going to China for the holidays! And so I settled for chestnut and chocolate cupcakes. Simple, but brilliant.

I even trekked all the way through Marks & Sparks to find the right ingredients (they didn’t have it, but Sainsbury’s did). It was chestnut puree, possibly the best idea since sliced bread. In fact, you could probably have it on sliced bread…. woah, chestnut puree on bread! I think I’ve just discovered a food revolution!

But back to the baking. I deviated from the good old saucepan this time, and used a wok to mix everything in. I actually used two woks – and who said Christmas wasn’t an Asian thing?? 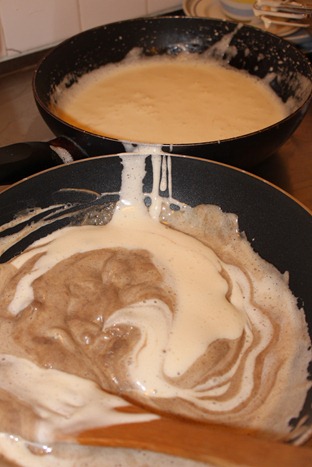 In the top wok is some very very whisked eggs, and below is ground almonds, chestnut puree, and sugar. I have to say, the pan was very clean after I ate the leftovers… 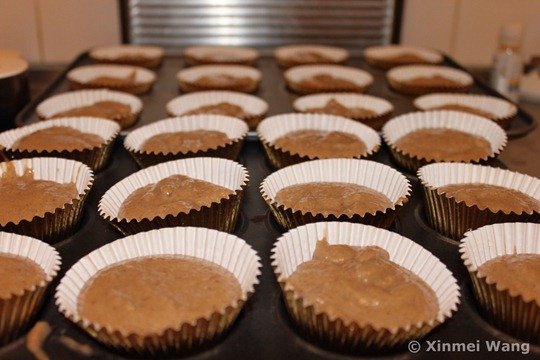 And into the oven all of them went….and twenty long long (but nice smelling) minutes later…. 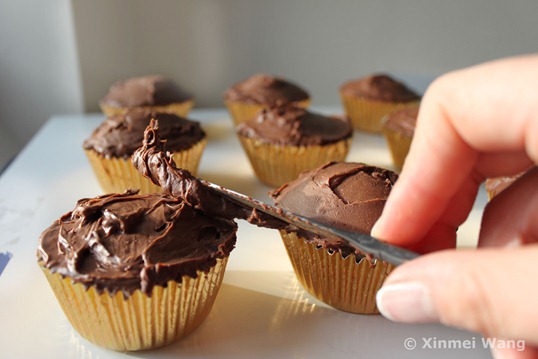 I could frost them! This ganache topping is pretty much the same as the Micah’s truffles that I made, and tasted just as good.

These were my contribution to a Christmas dinner my friends and I cooked, I hope this lived up to the Christmas pudding that we didn’t buy.

Lesson learned today: you can build a snowman out of icing. AND pretend that it is Parson Brown.