Ever thought "I need to get off Facebook and put my face IN A BOOK"? 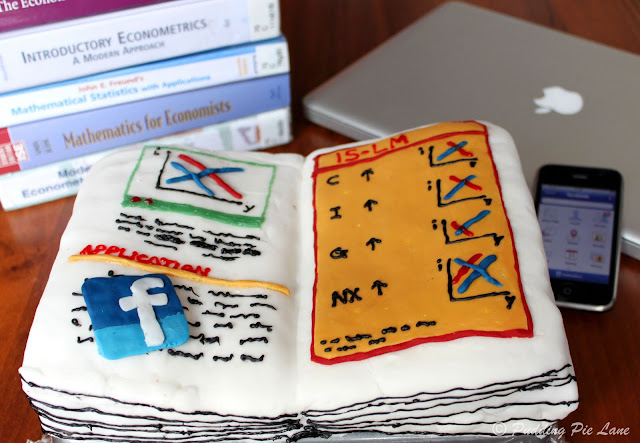 Well, now you can!

This is probably definitely the geekiest cake I've made.
Did it help with any revision for my upcoming exams? No.
But was it tasty? Yes. Well, I hope so anyway :) 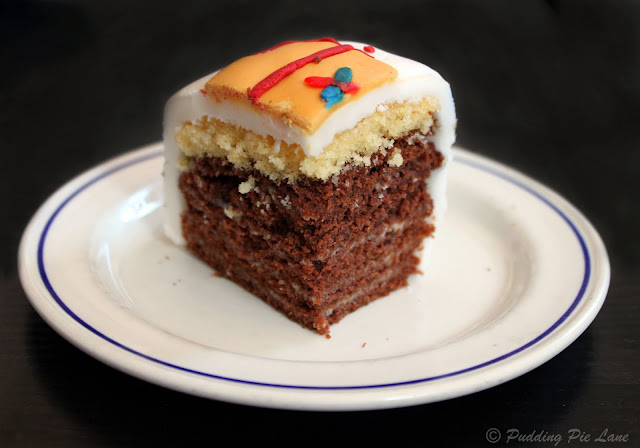 This is a post for those of you who have upcoming exams (or have already had a few!). I'm not sure about other universities, but at mine we call Easter term 'exam term', though as my friend very rightly pointed out, it should probably be renamed 'procrastination term'. This is very true. From what I have observed, we have two types: a) those whose facebook usage increases exponentially b) those whose facebook gets disabled and actual work takes place. I have, unfortunately, this term, begun to fall victim of the former category. 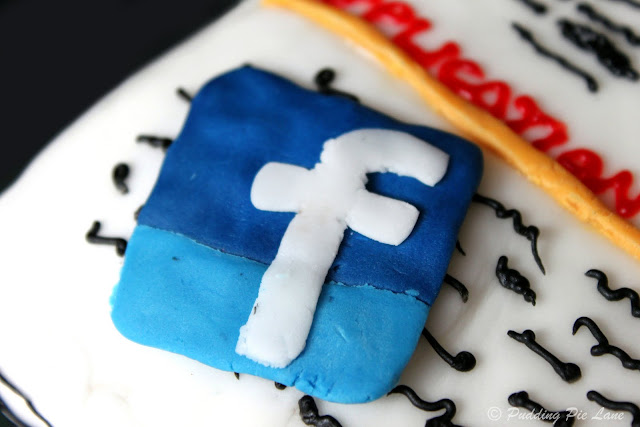 Incidentally, I have created a facebook page for my blog! I would be eternally happy and smiley if you would hop over and take a look. You could even click the 'like' button if you fancied it :) 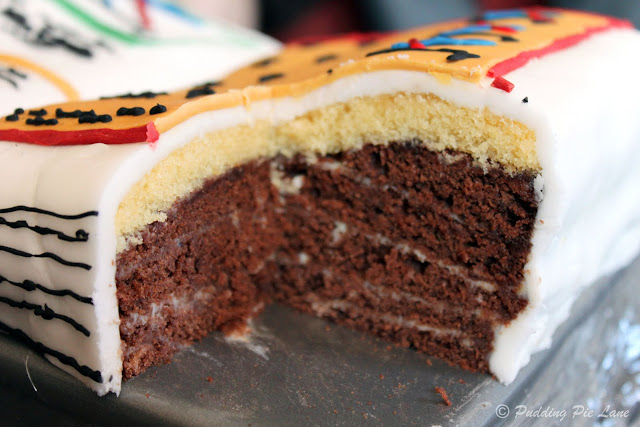 This cake was meant to be a sort of 'chocolate layer cake' to resemble a book, but I didn't have a recipe to go by so I sort of made one up (so no it's not from the Green & Black's cookbook!). I'd like to think that by now I could alter and experiment with my own quantities, but I did jot everything down (on the bottom of my revision timetable), so you can take a look at the recipe at the bottom. 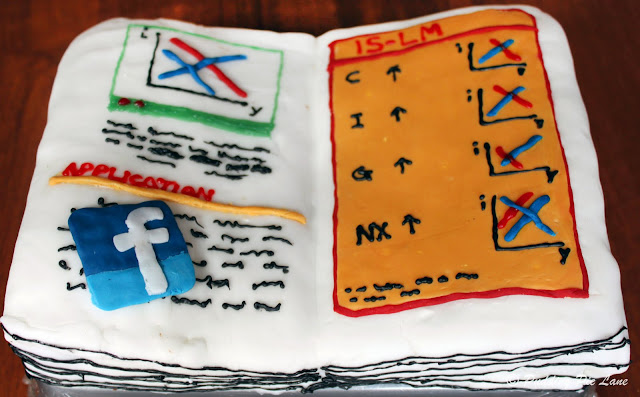 This was actually a page copied from my macroeconomic textbook, so bonus points to anyone who can point out what graphs these are! 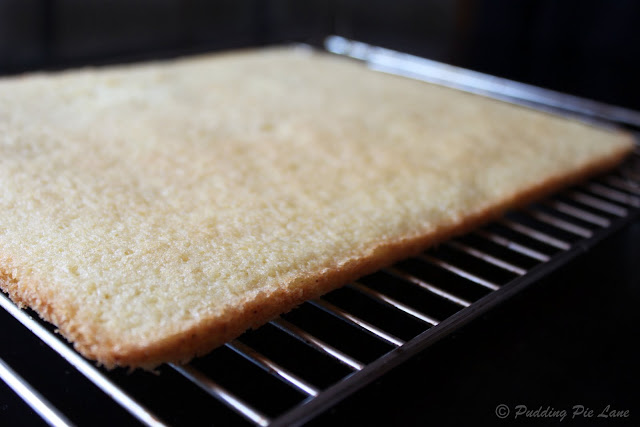 The top layer was another thin vanilla sponge, as the top layers of the chocolate didn't fall into quite a book shape. I did get a nice photo of it though, even if it doesn't really fit with the style of the other photos of this post. But you've seen it now, and that makes me happy :) 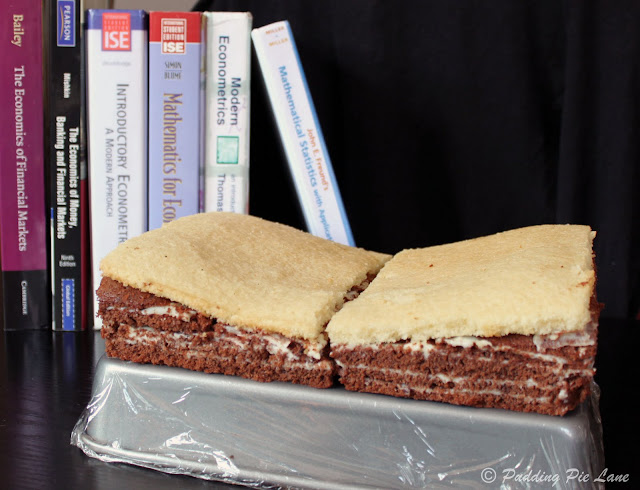 In the end, I was really proud of how book shaped it turned out. Then I was look at it and thought: 'it looks a bit like lasagne doesn't it?'
But hey, that's a studenty thing to eat right? I'll roll with it. 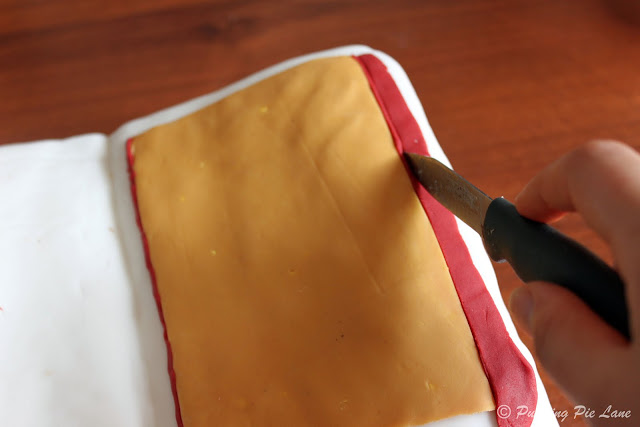 In terms of the icing, this was all made with fondant icing, rolled and cut. I do have one tip though (see photo above): if you're going to make thin lines from rolled icing, it's better to put the icing on the cake and then cut it afterwards.
And before I go back to work, I have some exciting news! 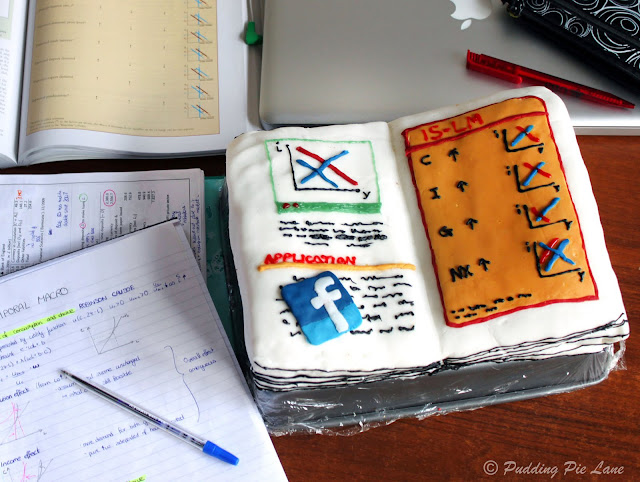 Cambridge University has a TV website, and a few weeks ago I got an email from the Vice President. She said that she had seen my blog and was wondering if I wanted to do a cooking show for it! So I said YES and JUMPED at the opportunity. I won't be doing anything till after exams, and then there's the initial brainstorming of how I should present it, but watch this space! See, I'd like to do it without actually being in it, which may pose a slight problem. This is why the initial brainstorming programme might take some time :)
I won't be baking much more until my exams are over in mid June, but I do have a few more posts saved to put up on here. I will be desserting you, but hopefully I won't be deserting you, and I'll be back with avengance in a few weeks! (Green & Black's cookbook, watch out, I'm ready to finish baking everything you present. Ha.)

Good luck to anyone who has got exams, stop stressing, you'll be fine!


Now, if anyone could explain CAPM theory to me, I'll bake you anything on from this blog. ANYTHING.
Lesson learned today: I love Economics. Really, I do.