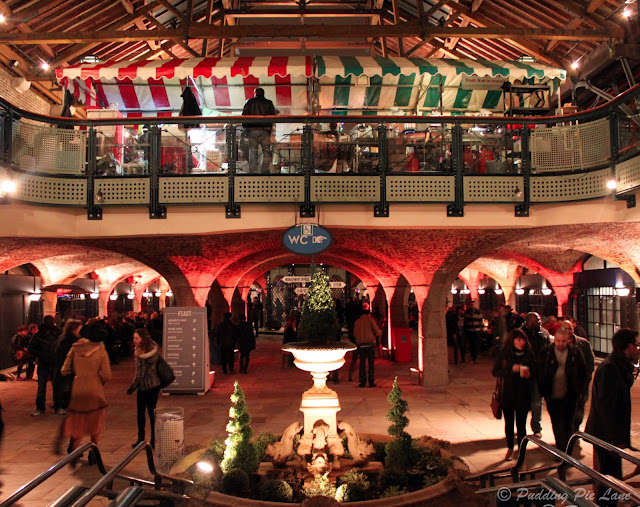 So the joy of living in London is that there is a lot of stuff going on. Good stuff. Foodie stuff.

Like the Feast Food Festival in the Tobacco Dock Wapping last weekend, which was named one of the 10 best food festivals by The Independent (along with the Galway Oyster Festival with a 'speed shucking' fete...? Hm. Hmmmmmmm.) 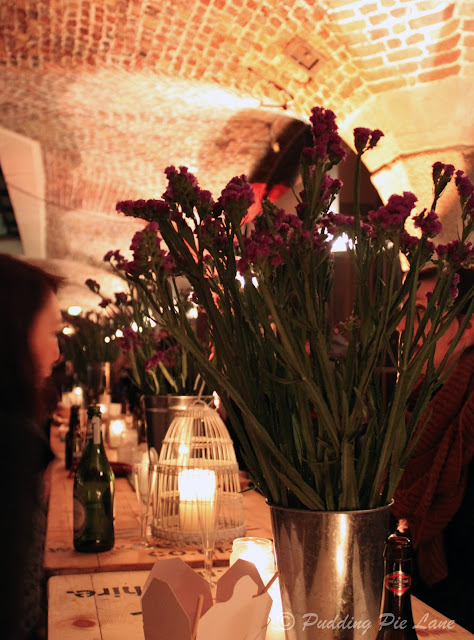 I went along with a few friends, armed with our empty stomachs and ready to eat. But there's just so much choice! See, the thing is, I have a list. A list of places I want to try in London, and I think a pretty good proportion of those places were here tonight. So my dilemma was how to try a bit of everything? And that's where a group of foodie friends are the best thing ever. Divide and conquer girls. 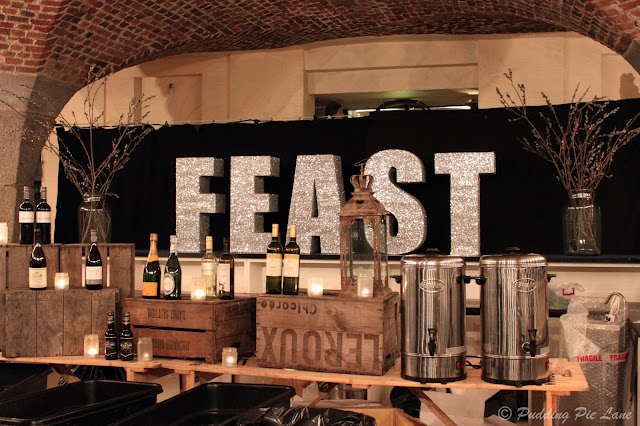 I got majorly excited about the burgers at Patty and Bun. So much that it warranted 6 photos. So yes, I was that girl who refused to leave the stall until I'd photographed every stage of the burger making process. 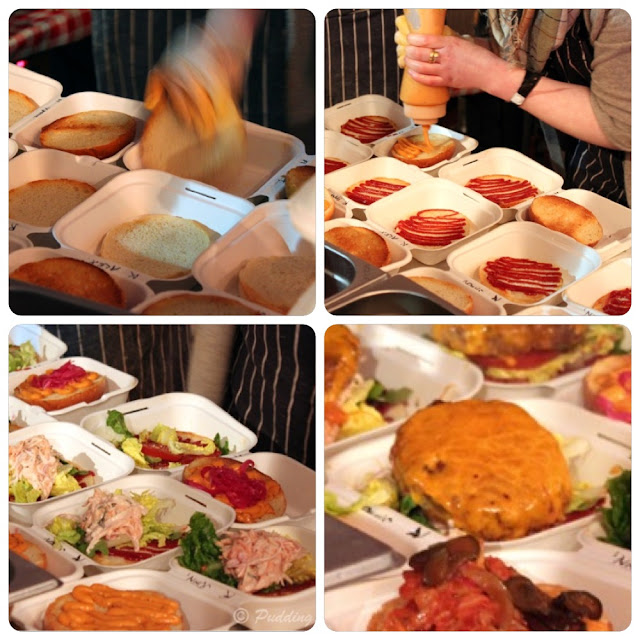 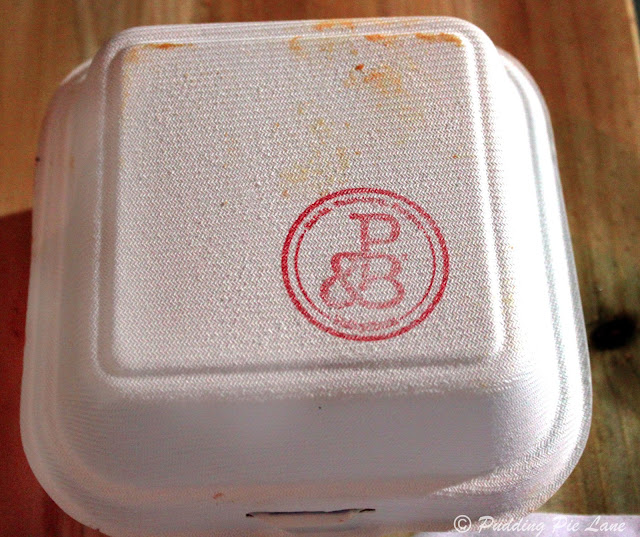 It was just SO GOOD. There's something about melted cheese on a very juicy medium-rare beef patty and a sweet and soft broiche bun that you just can't get enough of. Especially when it oozes a bit of burger juice every time you bite into it. Yum. 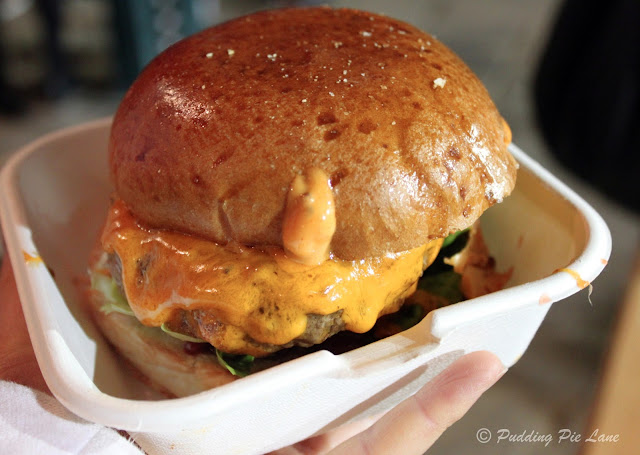 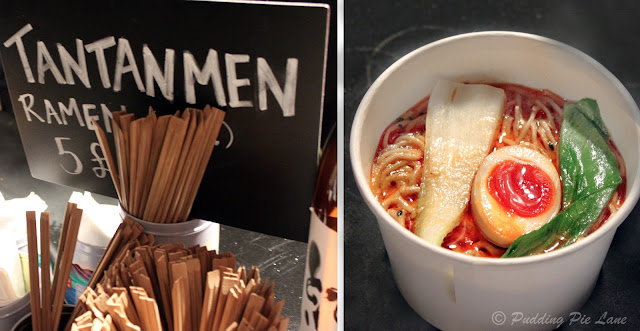 Bone Daddies: Tantanmen, with sesame, chilli, pork mince, bok choy in chicken bone broth and egg (£5 for the taster pot I had).

I'd read a lot about ramen last year, including Tonkotsu and Shoryu, and I was pretty excited to try the broth that has been simmered in bone broth for 20 hours. But I was quite disappointed that the only dish available was not their signature dish but a taster pot of the 'tantanmen', which is simmered in chicken broth (and not for 20 hours!). And when I did taste it, the noodles weren't much different from the Nissin (出前一丁) instant noodles that I have. Hm. Hmmmmmmm. Not convinced. 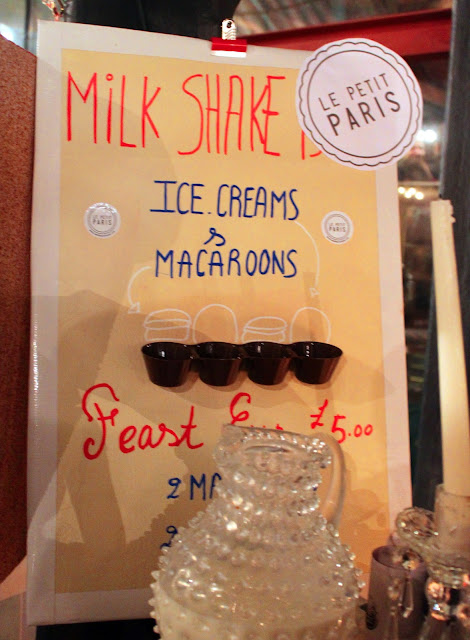 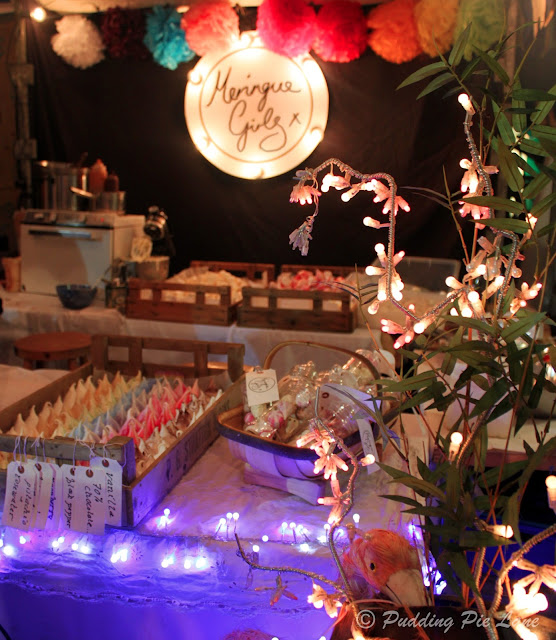 Meringue Girls. I didn't get to try any of these, but brownie points for the prettiest stall. 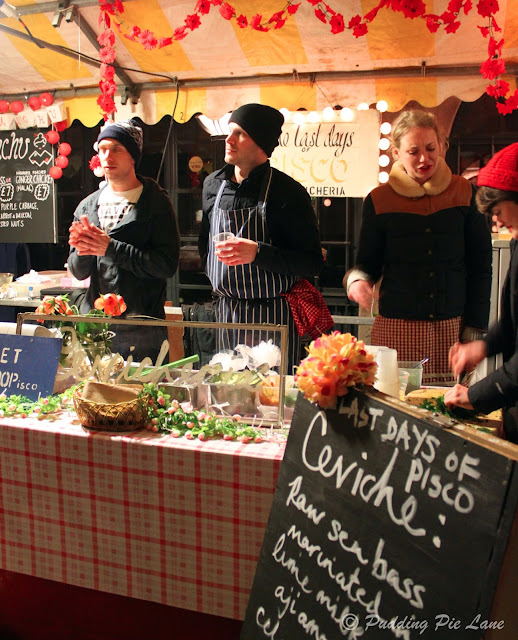 Ceviche - the Last Day of Pisco. This is a Peruvian seafood dish which is made from fresh raw fish which is then marinated in lemon juice, lime juice some chilli. Ceviche dishes from £7-£11.

So that's it! We paid £9 for entry and then paid for each individual dish. The atmosphere was pretty cool, with a live band and that whole 'we're in an old industrial building' vibe to it. But then again, you can do this at Borough Market for free entry. It's not a kind of food show where you walk around with lots of stalls selling their products and you can get full trying tasters, its more of a 'lots of places to buy lunch' kind of food show. The crowds weren't as bad as Borough Market on a Saturday, but there was still a 15 minute wait for Patty and Bun. The best thing was that there were so many  different 'hyped up' food stalls there.  But after about 2 hours there was not that much to do, so after much chatting and drinking and trying (poorly, I must add) to tear bits off our food to share, we went home to watch Suits.