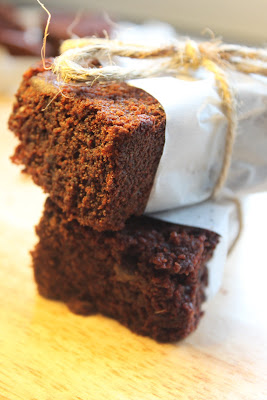 
Now having had some strange nightmare about being accused of being a pyromanic and being woken up at 8.30am (it's my summer holiday okay!) by the garbage men, I wasn't in the best of moods to start baking. However, I perservered in the name of all things chocolate. Despite smashing a measuring glass :(, the cake came out all dense and moist and lovely, so I guess you win some, you lose some. 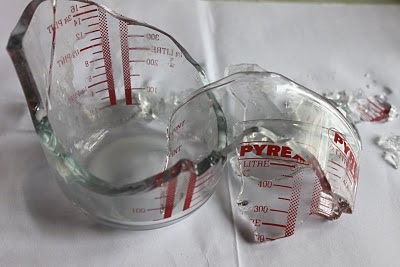 Fail.
Before getting on with the serious stuff, I tasted the two types of chocolate used in this recipe (dark chocolate and Maya Gold). 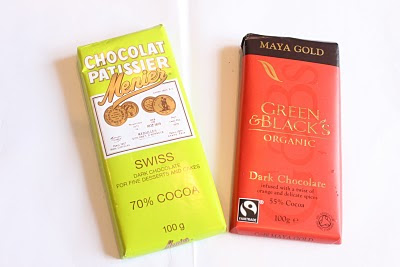 The Mernier Chocolate Patissier is a divison of Nestle (deduced from my amazing detective skills when seeing the 'Nestle' printed on the chocolate inside), a British brand that produces milk, white and dark chocolate. It's currently half price in ASDA, found in the baking aisle with the cooking chocolate. Now, I'm no chocolate tasting expert, but I can say that it definately is a cooking chocolate. Which is great, because that it what I am using it for.

The Maya Gold is kind of living a half life between milk and dark chocolate (G&B's do milk chocolate at 40%), but I think that the spices in it give it a distinctly more dark chocolately taste. Unlike some other dark orange chocoalates, it's got no bits in it, so when you break off a piece, it's still smooth and velvety and when you eat it it's all smooth and vevelty and you don't get any bits of candied orange stuck in your teeth. Not that this has ever happened to me.


As I was making this, I was thinking about the history of gingerbread. Thinking is a dangerous thing, because a quick google search led me to find out yet more useless knowledge. But I don't care, because it's ginggggerrrrbreeaaadd.
**************
Chocolate Spice Gingerbread
Recipe from Green & Black's cookbook
Makes 8 really big slices
For the cake: 125g unsalted butter
50g Maya Gold or other good-quality dark orange chocolate, broken into pieces 50g dark chocolate, min 60% cocoa solids, broken into pieces
75g dark muscavado sugar
4 tablespoons treacle (I used 3 tbsp golden syrup, as treacle is a bit too strong for me. Also, had none in cupboard)
150ml buttermilk (you can make your own by stirring 1tbsp lemon juice into normal milk)
125g ready to eat prunes (I used half prunes and half dates)
175g plain flour
1 teaspoon bicarbonate of soda
2 level teaspoons groud ginger
1 level teaspoon cinnamon
1 large egg, lightly beaten
Instructions:
Preheat the oven to 160C (Oooh, just read that properly for the first time. I thought it said 180C when I first read it. THAT'S why the top cooked so quickly...). 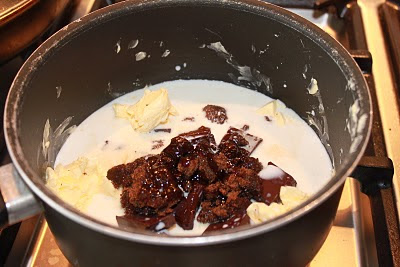 Cut the butter into chunks and place in a heavy saucepan along with chocolate, sugar, treacle/golden syrup/honey. Heat gently until the ingredients have melted, then set aside to cool. Tip: when measuring out syrup, dip the spoon into some oil first, so then the syrup won't stick to the spoon. 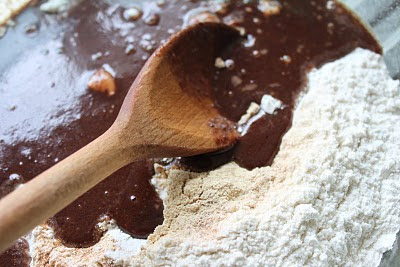 Sift the flour into a large bowl along with the bicarb of soda and spices. Pour the chocolate mixture into the bowl and beat throughly with a wooden spoon (I must say, the best use of 79p ever), then add the beaten egg and beat again. 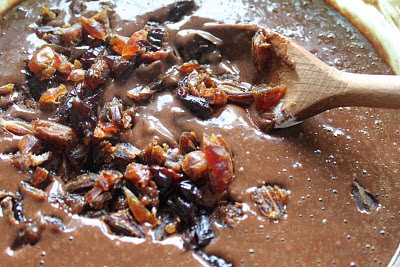 Snip the prunes into small pieces with the kitchen scissors. It's probably best to sterilise them first by placing in a fire (hob will do), because if your household is anything like mine, my mum uses just takes any random scissors she finds and uses them for gardening. I can never tell. I also used half prunes and half dates, because there is just something I don't like about prunes. Maybe it's because it rhymes with doom.
Pour the mixture into lined square cake tin (I don't have one, so used a circular one - I'll just cut it into a square shape and eat the leftovers), level off the surface either with a palette knife or picking up the tin and banging it on the table. Bake for about 50 minutes, checking at about 30 mins. Remove from oven and cool. The cut and eat! (or decorate and spend an hour photographing). If doing neither, wrap in greaseproof paper and store in an airtight container. 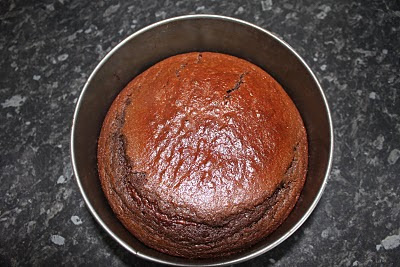 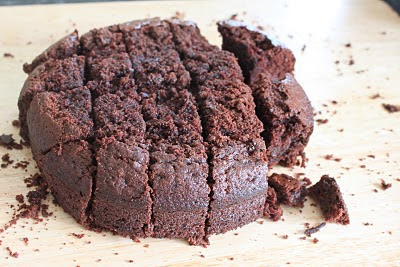 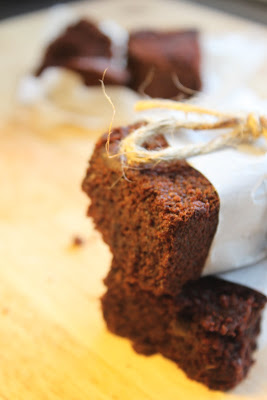