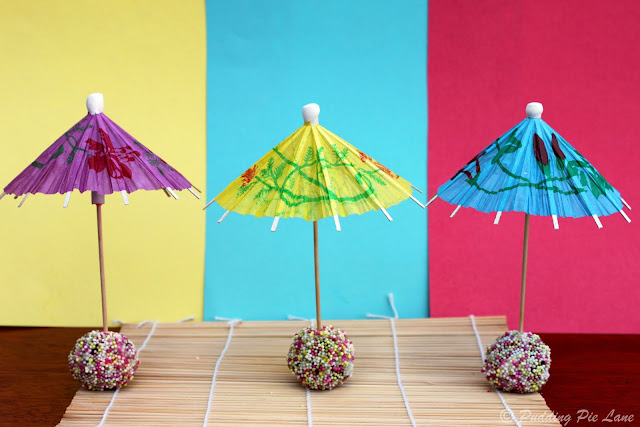 So I shall call them upside down cake pops instead!
What? You don't know what cake pops are?? :O I saw them on Bakerella and I thought they were the cutest thing.
I was meant to make brigadeiros (a Brazilian chocolate truffle) from the Green & Black's cookbook (which I have finally added a countdown to in the sidebar! As you can see, I mostly just have the weird recipes left) after I made the fish cake, but then I had all this cake left over...so I decided to put them in the milk mix. Also because the original brigadeiros recipe went a bit wrong (read the recipe section to find out why...)
I also made some fruit shaped ones as well, which I shall do another post for. This is because cake pops aren't as easy to ice as I thought they were, and I want to show you my better attempt first :)
I've also now entered this post to Jeroxie's International Incident Cake Pops Party, because, frankly, when there's cake, who doesn't want a party? (You can check out the other awesome cake pops at the bottom of this post.) 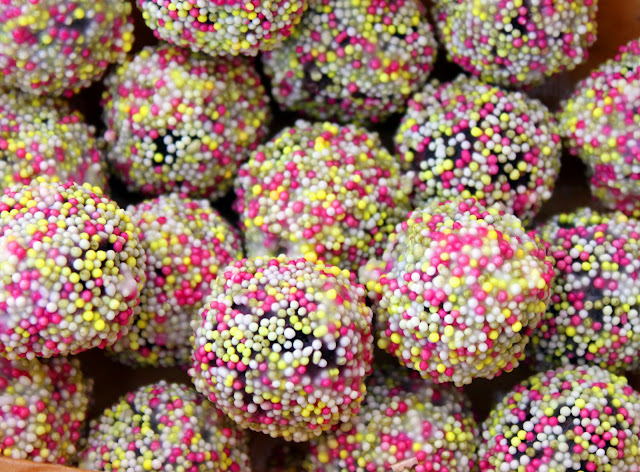 Now, here is where I'd normally go onto an anecdote or a story or a haiku or something.
But I've been told that I do a lot of waffling on my blog.
...this is true.
Usually, when I get bored of waffling, I write a poem. But I've been told that poetry isn't really my strong point.
This is also true.
(Apart from my rice poem, I'm very proud of that).
Now, I wish I could just write a post with 'this is what I baked it smelled nice and was yummy we ate it all and then I spent two hours washing up The End. Que recipe!'.
But who am I kidding?? 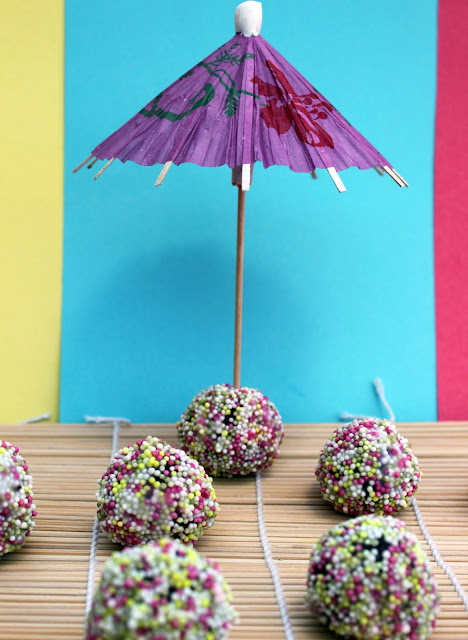 Besides, a very special person told me that the waffle was the best bit because it shows what I was thinking :)
This was very sweet, especially because usually what I'm thinking is a string of random thoughts that come out in a string of warble that make no sense.
For example:
"Cake...yummy...icing...hundred and thousands...yellow!... Rainbow! Leprechauns!!"
Yes, this is my thought process. Like Cady Heron said, it's like word vomit.
And you just read it all!
(I think you really deserve some cake now.) 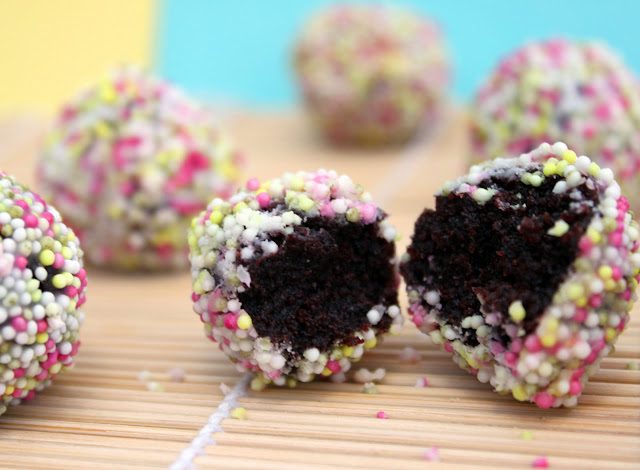 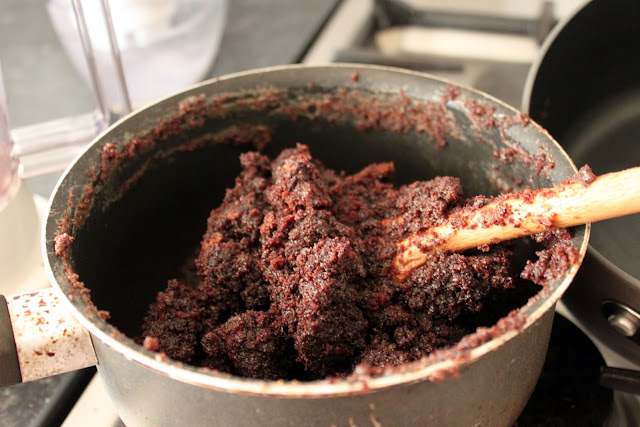 Added a good glug of Bailey's... 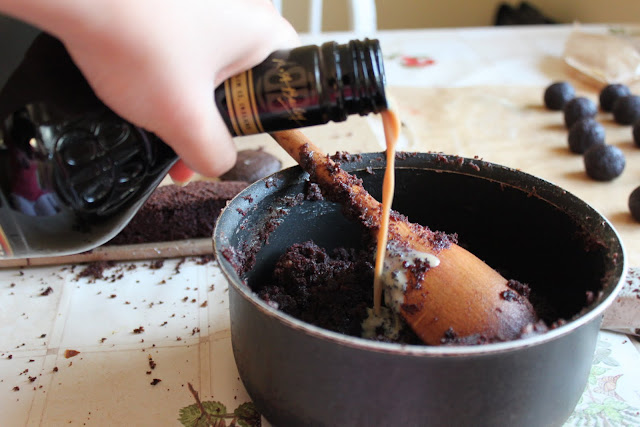 Shaped them into small balls (my mum said they looked like bombs...), and rolled each into a bowl of icing sugar and water. 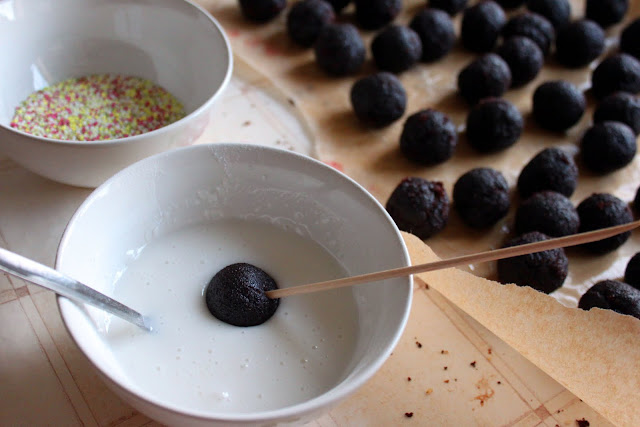 Then rolled it into the a bowl of hundred and thousands, and put them in the fridge to dry! 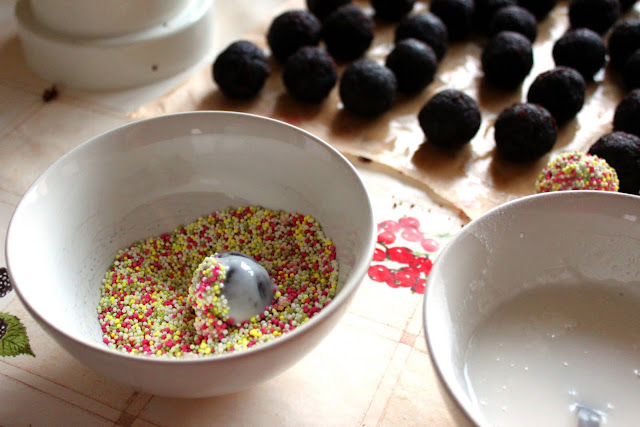 And then I ate a few. Yum yum :)
Lesson learned today: Ok ok, I'm never going to be a poet, and yes I know it.