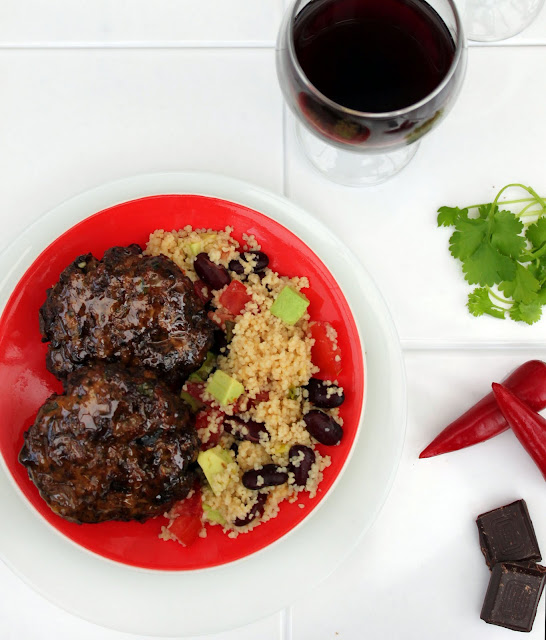 Woah. Woah woah woah... this isn't a pudding. Or a pie. What's it doing here?!
Because it's got chocolate in it!
That's right, it's from the Green & Black's cookbook, and with every chocolate cookbook the inevitable had to happen. Savoury chocolate food.

But to be honest, this is one of the less strange ones. Chocolate coffee lamb, for example, was....weird. It's a shame I made that before I started blogging, but I highly doubt you'd want to try it (unless you do, in which case, go you!).

I had to modify this recipe slightly, as it was originally meant to be 'Spicy Organic Pork & Herb Chilean Chocolate Sausages'. I didn't see the organic, and I didn't even know what a sausage machine was, let alone owned one.

Other changes I made were to use ready bought minced pork (much quicker), and omit the parsley (I mean, who wouldn't?). If there's anything I hate more than aubergines, it's parsley. Coriander on the other hand, now that's a completely different story...

So, after some small changes, these are 'Spicy Organic Pork & Herb Chilean Chocolate Sausages Burgers!'.

If you read that carefully, you'll notice that my version has an exclamation mark in it. Possibly to reflect that I! Was! Very! Excited! To! Make! Them! 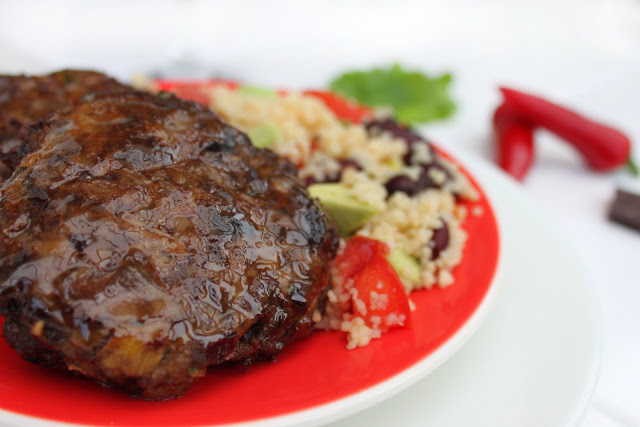 I ended up freezing the burgers. Uh, to, you know, save them for another time. Like, those times when I'm really, really hungry. 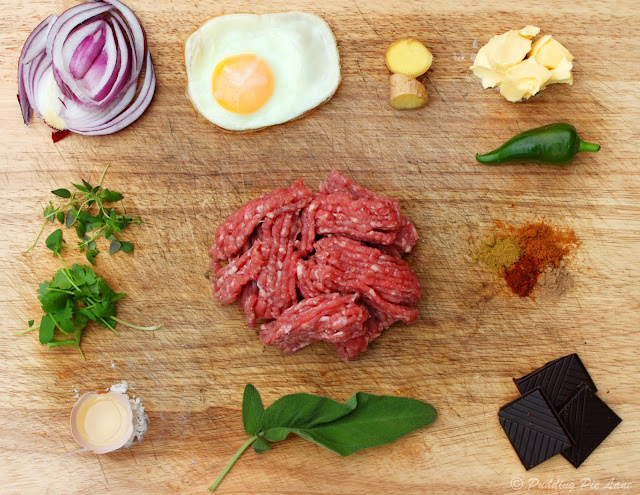 This is what I used. And yes, I did eat that egg afterwards (with the runny yolk, yum yum). I know enough about cooking to know that you can't use a cooked egg to bind burgers.... can you? 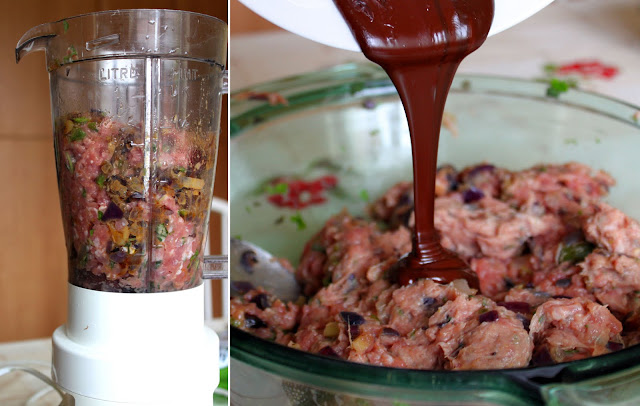 Now, the onions were fried, the spices were chopped, the chocolate was melted. I was ready.
And oh, I do love my blender. But the reason why it doesn't have a lid may be because I may have possibly, um, blended the lid. By accident.
I swear it doesn't make a difference! 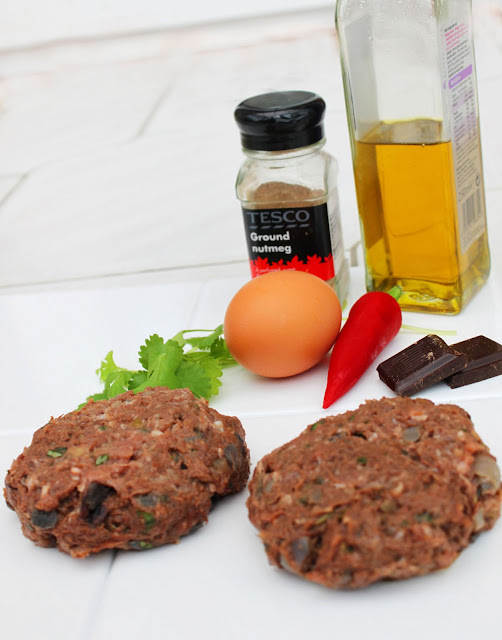 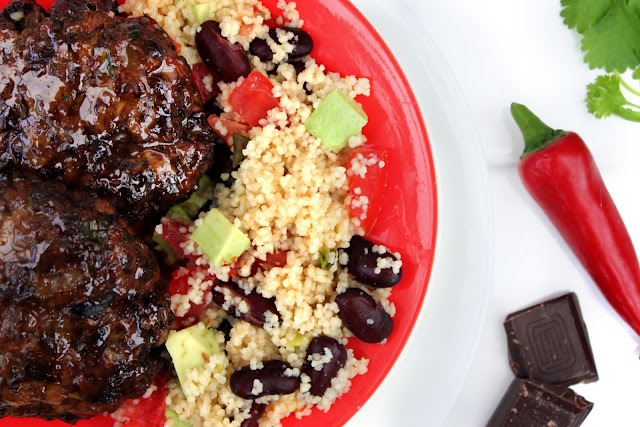 So, as you may have guessed, I'm not sure if I like these. I think by adding the chocolate it gave it a powdery texture and strange bitter taste. But I thought I'd share them with you anyway. And it's perfect weather for a barbecue right now, so you could try these as a change from the standard beef burger!
I've served them with a bean and avocado couscous salad, but you could just as well eat them in a burger bun with the usual stuff. I mean, if we've got chilli, chocolate and meat in there, why not go all out and have some cheese too? :)
If you make this and make any changes, I'd love to hear about it!
Lesson learned today: As popular as bacon chocolate recipes are at the moment, there may be a reason why it hasn't extended to burgers.
Posted by Xinmei @ Pudding Pie Lane at 09:02