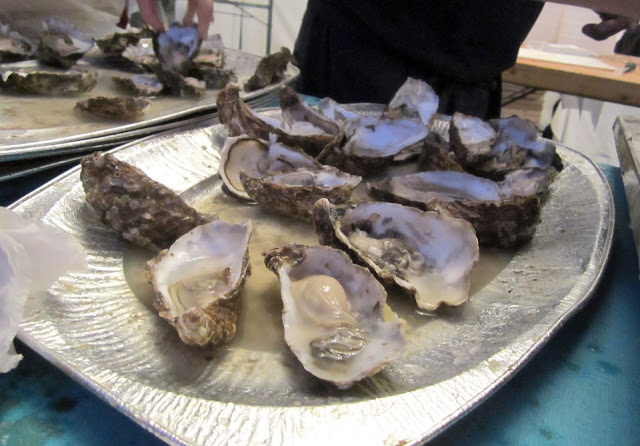 I'm just doing a quick post on May Week in Cambridge University, which will be brief because I run the risk of sounding just a teeny bit pretentious. Absolutely spiffing. Darling.

(I almost thought of not blogging about this, but I got some weird looks taking all those photos of food, I didn't want my weirdness to go to waste!)

May Week is the official week of celebrations, which happens afters exams end, is actually in June. It might have been in May sometime 200 years ago, but things never change around here.

This year, I went to 3 different colleges within the University's May Ball's: Robinson College, Trinity College, and St John's College. They're held inside the college, and are from 9pm to 6am. Various food, entertainment, and bopping around uncomfortably in tailcoats to Rihanna ensues.
***********************
For me,

I took loads of photos.

I ate loads of food.

So as you can see, for the price of £150 a ticket for each ball (which works out to be a sacrifice of about 300 Snickers bars - think of the calories you're saving!), we had oysters... 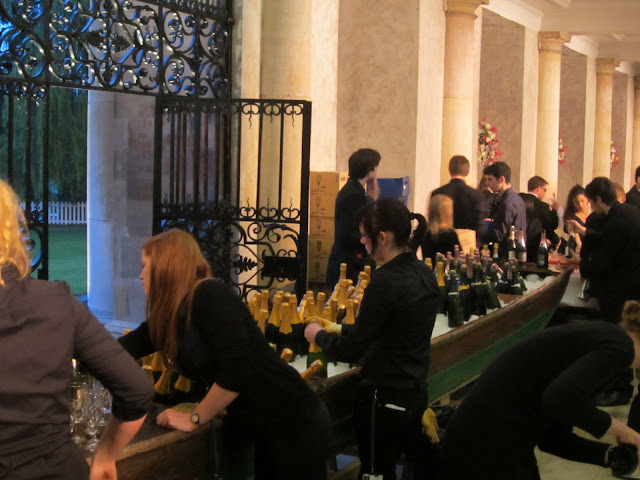 We had macarons (not as great as Pierre Hermé, unfortunately, but still good!), 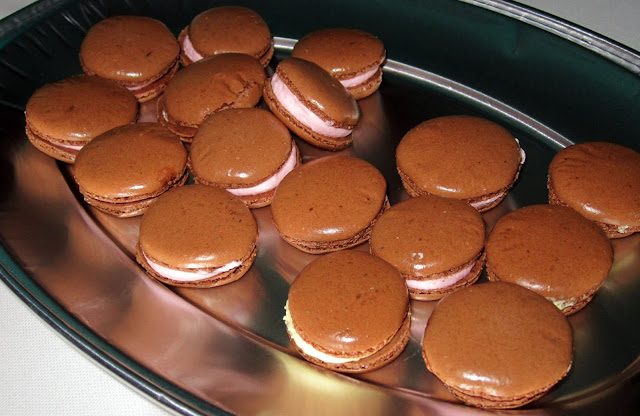 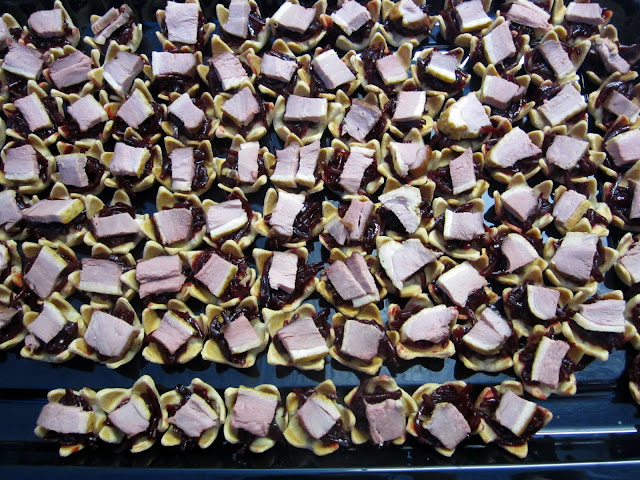 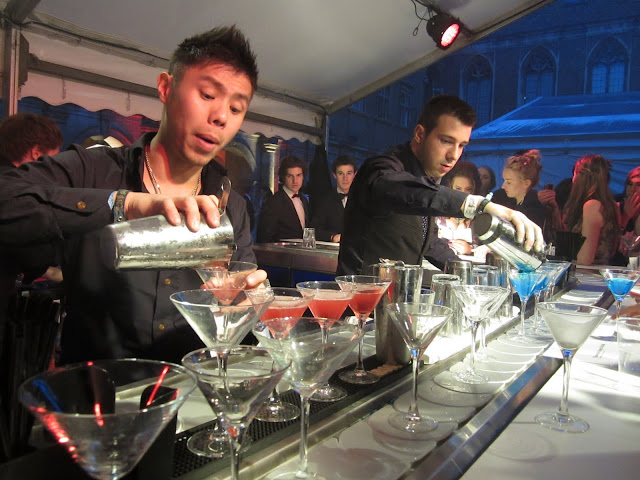 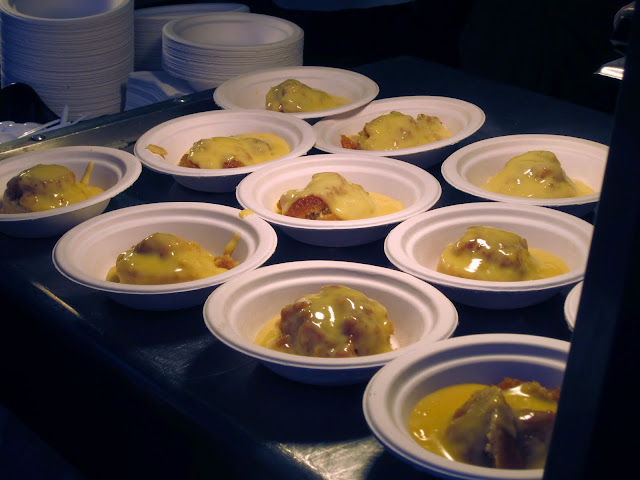 There was cheese and port, hog roast, burgers, canapes (including the duck things in the photo above), pizza, pick and mix, candyfloss, cupcakes, ice cream, hot and cold puddings (like the custard and sponge puddings above), doughnuts, waffles, smoothies, coffee, tea, cocktails, wine, and when 6am came and the party was ending, continental breakfast was served and some people sang some songs from across the river: 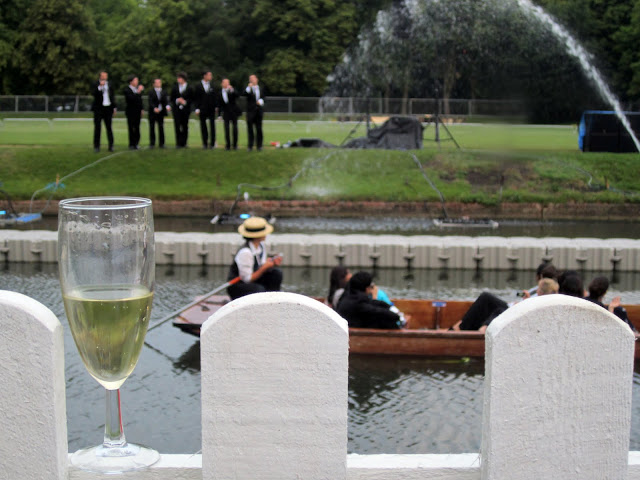 And the entertainment included Cascada as our main act at Trinity May Ball, Chipmunk at St John's May Ball, and other things including a horsey dressage show, 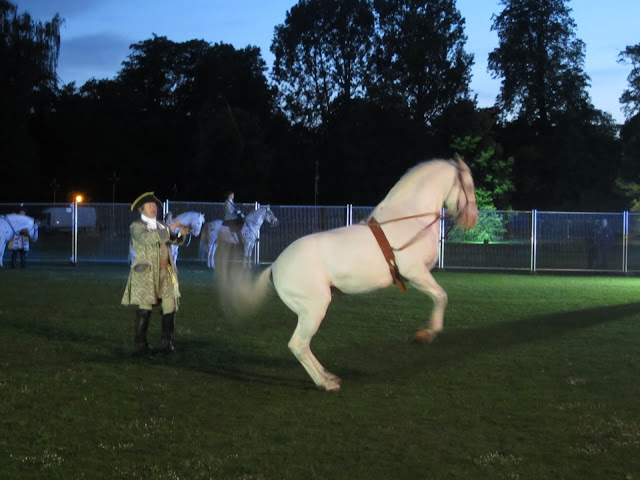 Some of the best fireworks I have seen in my life, 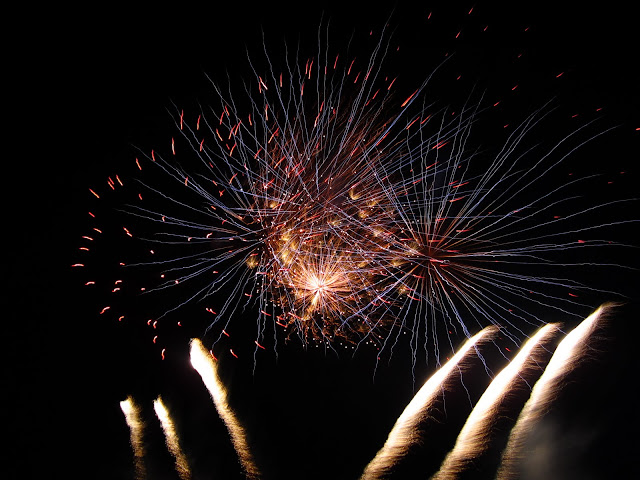 And lots of pretty dresses! The official dress codes were black tie or white tie, which of the latter was extremely popular. But the best part was, of course, what the girls were wearing. I don't usually like posting photos of me on here (there's rather far too much of my face in any single photo), but here's one of my friends and I in our dresses (although we couldn't have picked a worse background of building works :( 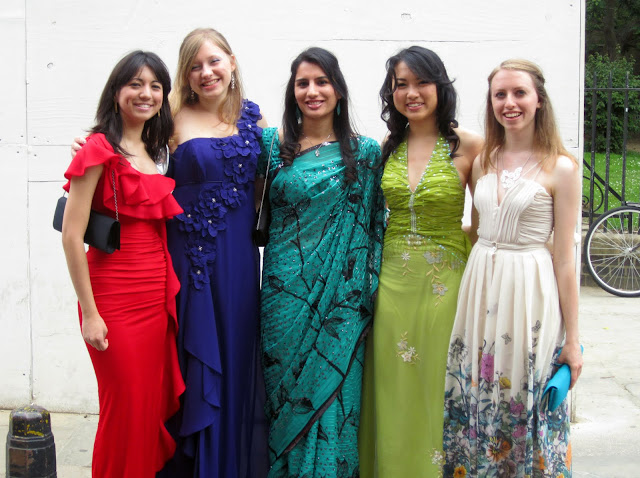 (That's me in lime green - hopefully it looks better than it sounds!)

Oh, and lastly, highlight of the evening, and the greatest waste of champagne I have ever seen:


Look at him and his smug face.

So that's it! I really want to point out that this isn't all we do at Cambridge, but taking photos of sandwiches on top of a pile of books isn't really something that's interesting. Unless it was an oyster sandwhich, but that would just be gross.

I hope you all have a good week, and I will be posting a meringue roulade recipe (that may have failed ever so slightly) very soon!