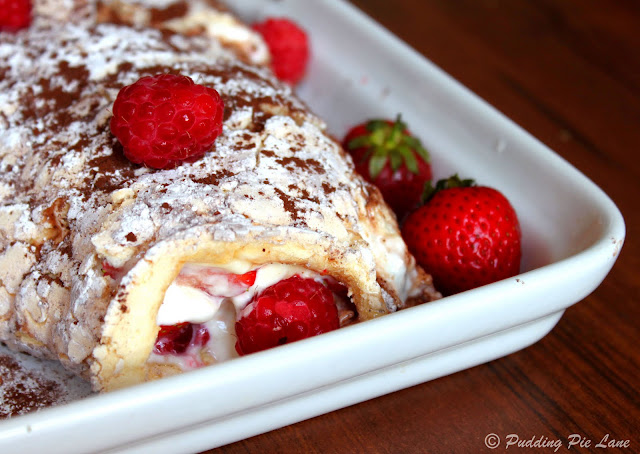 I'm worried that since exams I've gotten less... funny :S I mean, not that I'm saying you guys were falling-off-your-seats-lolling about at my blog (yes, lolling, not 'haha'-ing, because if so, you are living in the dark ages), but I'd just run out of sarcasm (mostly pointless, sometimes witty) and jokes (mostly at myself, sometimes at someone else) to keep even myself entertained :O

But it's fine, this meringue if full of it! I'll be back to normal in no time! 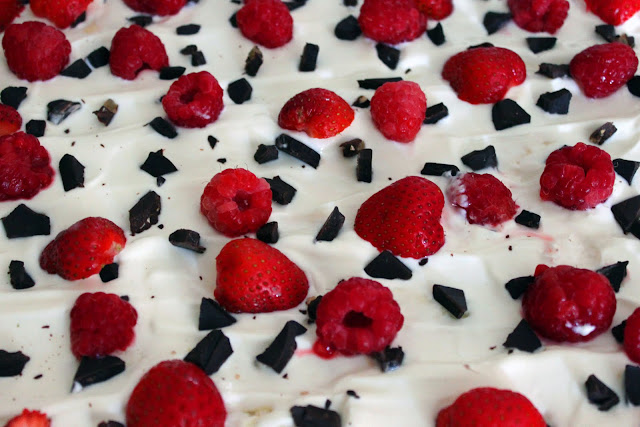 I made this meringue for a garden party in Cambridge last week. It was my college photographic society, so no shortage of photos! We also had croquet, which I kept calling crochet...but soon I learnt it wasn't really the same thing. Oops.

When I made this, the meringue stuck to the baking paper and cracked when I was trying to peel it off and roll it up :( So it looked really fat at one end, and hence why I'm only showing you the nice part. It tasted nice though! This was from the Green & Black's cookbook (what else?), and to my surprise having the chocolate in it was really nice. Though it would be equally nice with other fruits, and flavoured yogurts too :) 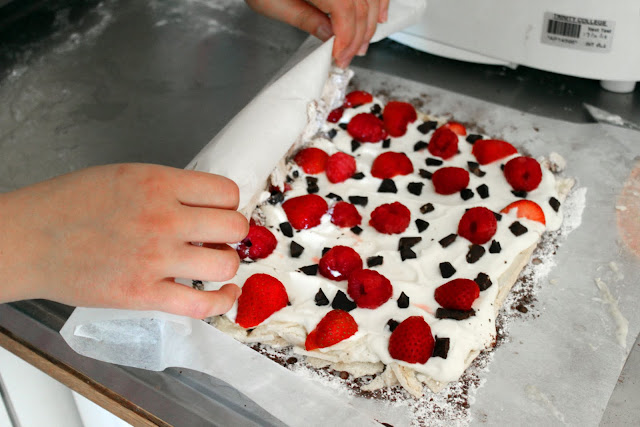 I didn't make the coulis as stated in the recipe, but a certain special somebody had already made some for a pannacotta that was made (amazing, by the way), so I just used that. I think the fruit juice would be enough if you didn't have time to make coulis. Alternatively, cheat, and buy some. 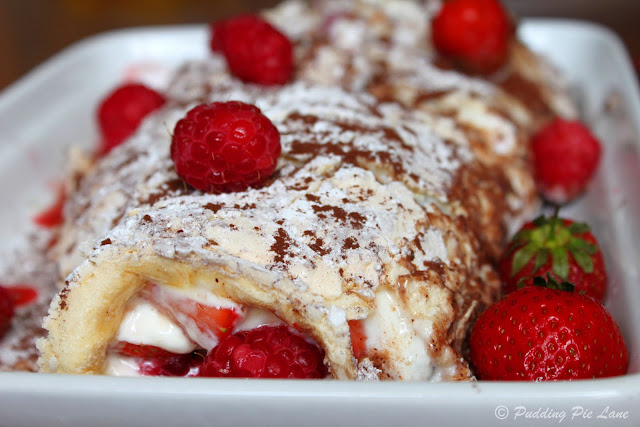 Next Monday I'm starting my internship in an investment bank, for 10 weeks. I'm pretty nervous. I also think that means the 12 hour days and countless coffee runs mean I might not have as much time to bake as I'd like. This makes me sad. :(
I'm hoping to be proved wrong! I'm also hoping to have time to explore London; I've been quite a few times before but I've never lived here - so much to see, so much to do, SO MUCH TO SHOP!! 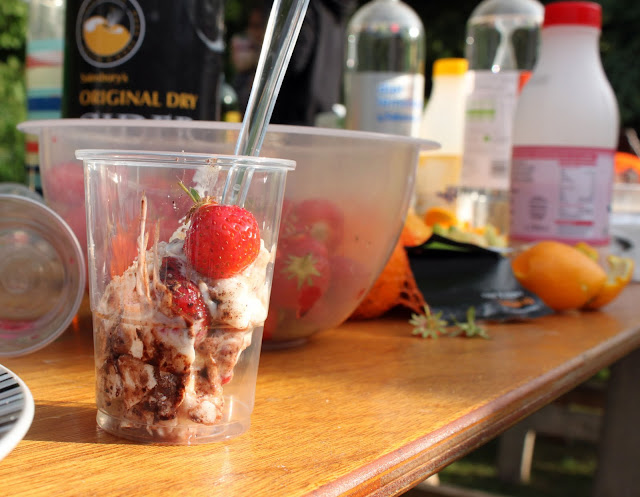 Also, do any of you know any good restaurants in London to try out? Now that I'm here, I think I might as well get the whole foodie experience. I hear The Fat Duck is pretty good.

So anyway, any places outside of Chinatown would be appreciated! It's also strange going from a student budget to (hopefully) a banker's budget (but not quite).

(I did, however, get the biggest thrill when I got a punnet of reduced cherries for 75p today.)

I look forward to hearing any suggestions! :)