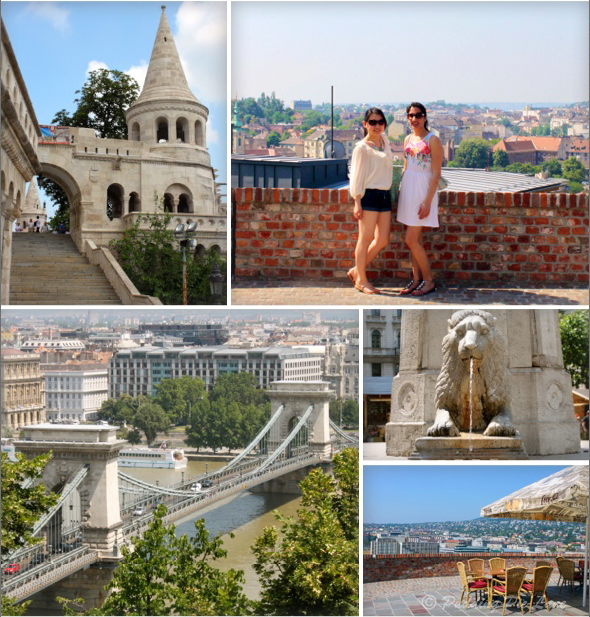 I know, I know. I couldn't help it. It was just too easy.

Bad pubs aside, I wasn't actually that hungry when I went to Budapest last week, partially because I was stuffed up my eyeballs in goulash and goose liver most of the time. And what a good week of goulash and liver it was.

Oh, and the views in Budapest aren't too bad either.

(That's Buda Castle in the top left photo. I'd say the building's very Disney Princessy. I love it.) 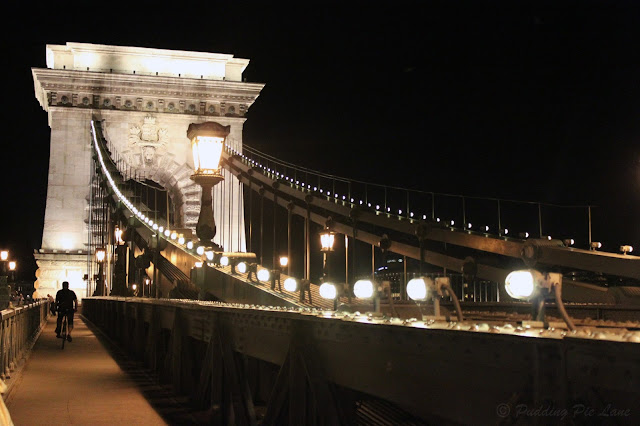 My friend and I arrived at night, so we went for a wander around the city - this is the Chain Bridge which links Buda (the hilly bit) with Pest (the not so hilly bit). 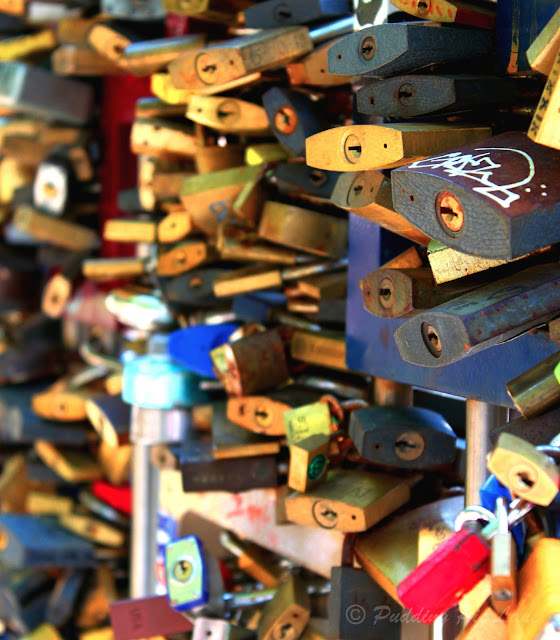 And with every bridge, there's always padlocks. The idea you and your other half etch your names onto a padlock, or you know, '2getha 4eva' 'i luv u 4 lif' etc. etc. then lock it onto this panel and throw the keys in into the river (Danube, in this case).

Although as our tour guide pointed out, there's a good 10 minute walk from the place where you lock the padlock to the Danube, so you have some time to mull it over and change your mind!

But I think we all want to be 2getha 4eva really. 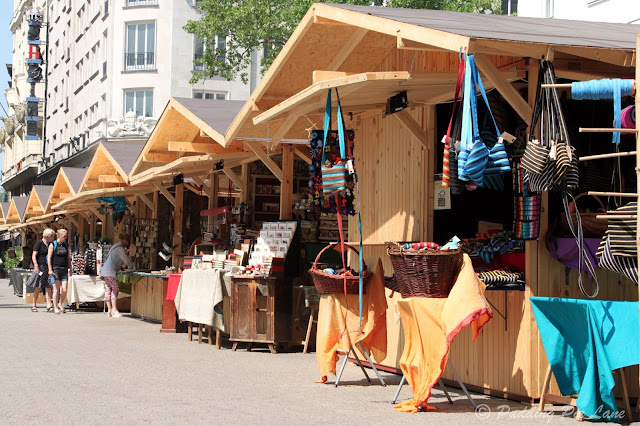 In Hungarian, the language can get quite confusing. 'Hello' is 'szia' which sounds like 'see ya!' and 'goodbye' is 'hello'.

Oh and did you know the Rubik's cube is also from Hungary? This officially makes Hungarians cool in my eyes. 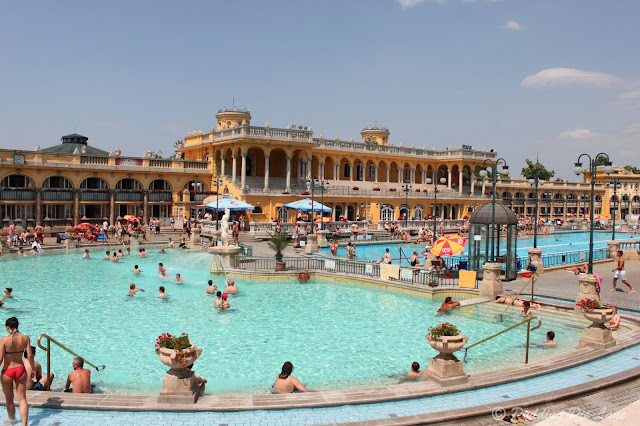 Budapest is also famous for its thermal baths. We went to one of the well known ones - Széchenyi thermal baths the next day, because it was 36C outside and we needed to jump into a nice, cool, pool. Well, kind of.

Being a thermal spa, some of the baths were pretty warm, the ones were you're not supposed to stay in for longer than 20 minutes otherwise you go all wrinkly and stuff.

But man was this spa amazing. There are something like 20 different baths (of different sizes, the one above is outside and the biggest one), all different temperatures and minerally and kind of relaxing. Entrance was about £14 for as long as you want, and you can also get massages (not included in the price but totally worth it) too. The 100-year old building surrounding the baths looks like a palace and I don't think I can do justice to the view and beauty of it all. 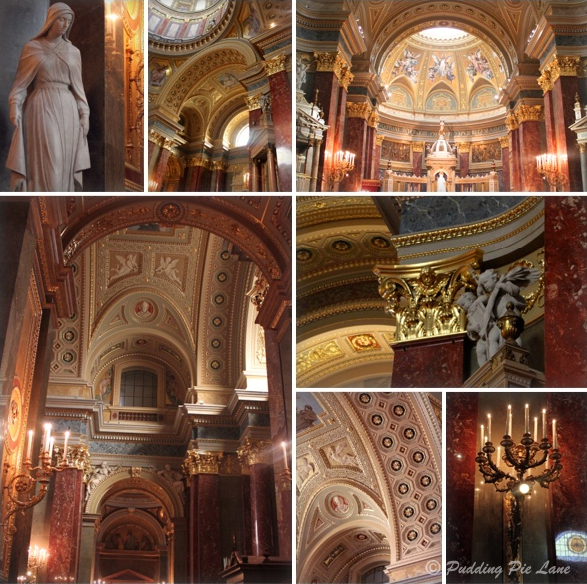 I also took lots of photos inside St. Stephen's Basilica when we visited the next day because it was just to beautiful. It was named in honour of the first King of Hungary (around 1000 years ago), oh and by the way did you know his right hand is still preserved inside the church? Well, it must have been some pretty powerful hand.

If anyone knows, please tell me. Uncle google isn't giving me the answers this time. 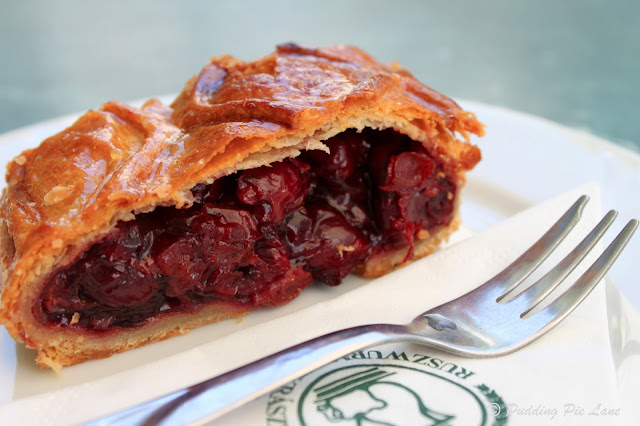 So now onto the important stuff, the FOOD! Hungary and Austria are both famous for strudel, which came from the Habsburg Empire (Austro-Hungary empire). Cherries also seem to be a bit of a thing in Hungary. I had apple strudel when I was in Austria last summer, so I decided to mix things up a bitand go for ..... the cherry strudel!

We got this from oldest cafe in Budapest - Ruszwurm cafe in the Buda side of the city. I'd highly recommend! Also close to our hotel. Not that this swayed us in any sense at all. 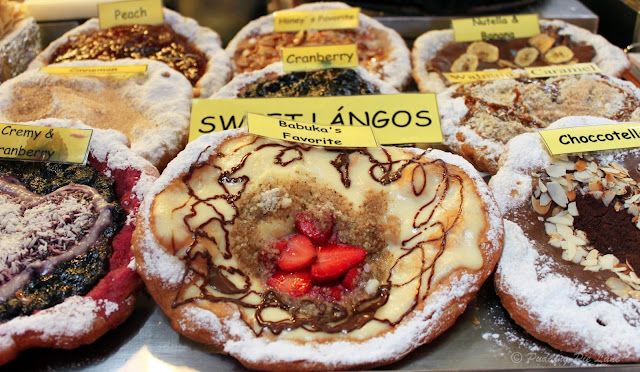 Next on our list was lángos - Hungarian fried bread. I tried to make this once for my friends before we left for Budapest to culturaly-fy myself but if you want the real deal, head to the Great Market Hall for lots of Hungarian style street food and snacks upstairs and ingredients and vegetables downstairs.

Lángos can be served sweet or savoury, we went for the savoury version with pretty much everything on top. And some extra sour cream, please.

To be honest, if you're Chinese, the bread dough tasted very much like you tiao. If you're English, it tasted kind of like Yorkshire puddings.

Served with a helping of sour cream. 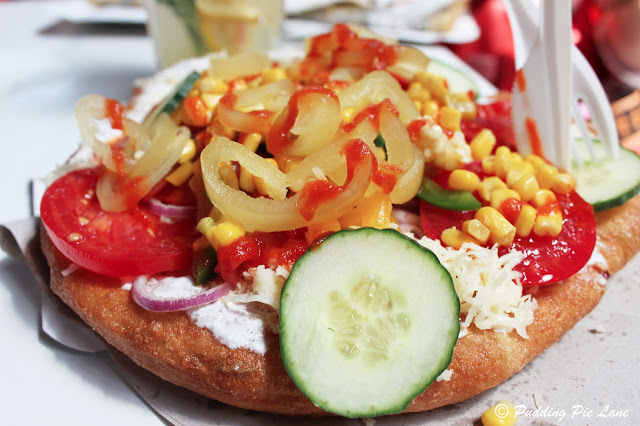 I would also totally recommend the restaurant below that we accidentally wandered into that evening. It's right on the river, so you have views of Buda Castle and the hills and everything on the Danube. It was also one of the few restaurants that served cold cherry soup, something that our tour guide said that we must try!

We tried it. It was good. We were happy. 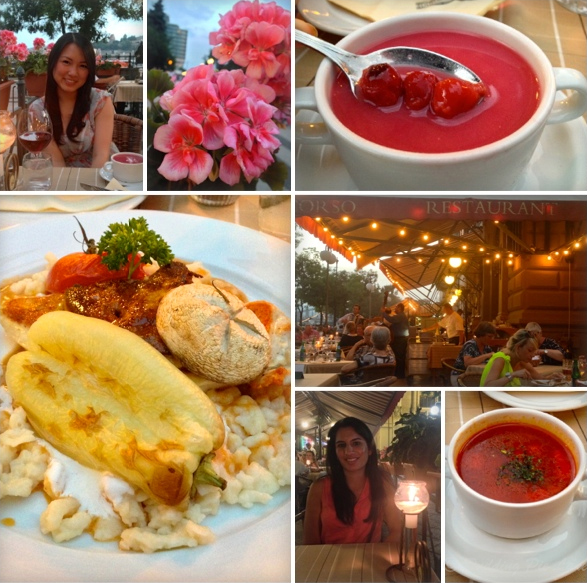 We also had goulash (because no visit is complete for plebby tourists like us without it) and I had grilled chicken with paprika and goose liver (I'm a women obsessed with goose liver now).

It's called Restaurant Dunacorso, you can find it on the Pest side of the city. If you're coming from the Buda side and crossing the Chain Bridge, you'll see the Intercontinental Hotel and keep walking along that street until you see the very last restaurant.

Our meal (two starters, two sides, wine) come to £35. We were even happier after finding that out.

Oh oh and before I forget, we went to Onyx Restaurant too - one of the two Michelin starred restaurants in Budapest too. They'll be a blog post to come about that separately becaus eI can't do it justice by squishing onto this post. Watch this space! 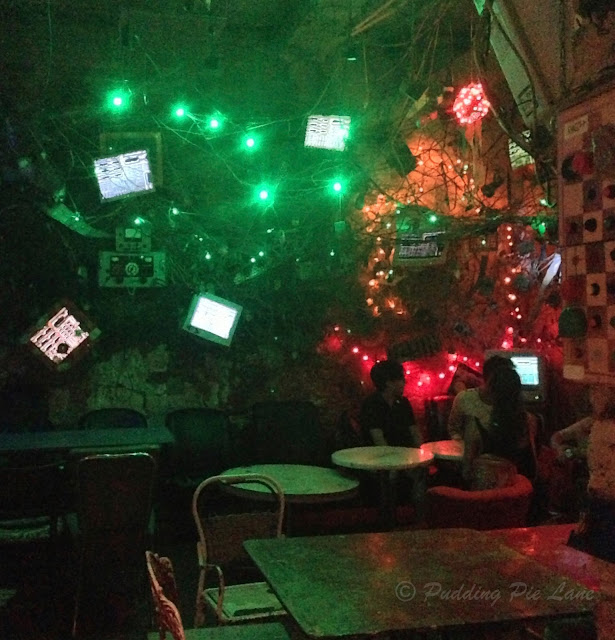 And last but not least, drink! Budapest has lots of ruin pubs, which all look discreet and slightly dodgy from the outside but are some of the best bars I've been to. Inside the bars are made up from worn furniture, random things hanging for the ceiling, old bikes, stereos... it looks a bit like a second hand shop.

The one in the photo above is Szimpla Kert, which was voted number 3 best bar in the world last year. I'd say we picked good. Or that tripadvisor is pretty good at picking for us. Either way, it's an awesomely cool bar.

It also does a great selection of Pálinka (Hungarian brandy) to try. You must try it. In, er, moderation, as the alcohol content ranges from 40%-80%. 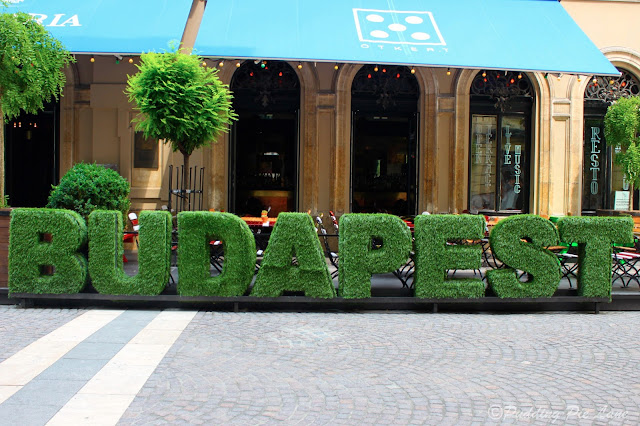 Saw this outside a restaurant. Just in case we forgot what city we were in.


So long, Budapest, and hello!

p.s. the friend who I visited Budpest with - it's her birthday today! Happy Birthday to you!! Woohoo!
Posted by Xinmei @ Pudding Pie Lane at 12:15