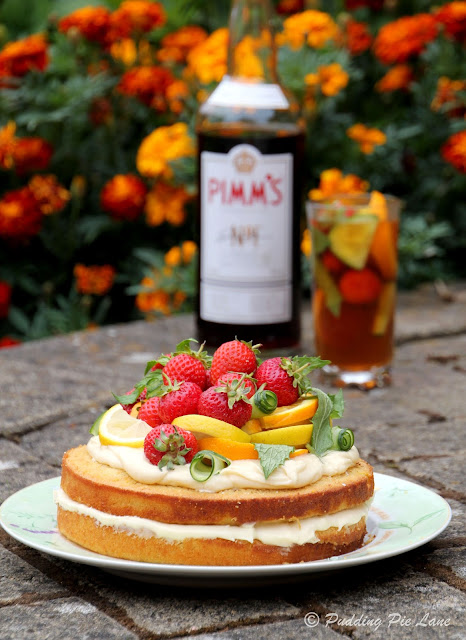 Go on, ask me what time it is. 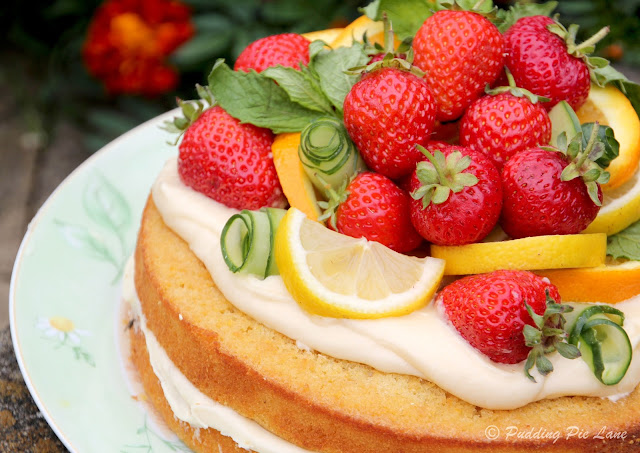 Doesn't Pimm's and a nice sunny day on the grass just make life that little bit better? And seeing as we've had this freak summer in the UK called An Actual Summer for An Actual Three Months of the year, pimm's cake is really quite due to make an appearance methinks.

But, on another and debate-ably more important topic, the Great British Bake Off has started again. Wohoo! Wasn't that squirrel cake just adorable? And wasn't Rudy just kind of annoying? And didn't you just feel sorry for Toby and his missing thumbs even though all of his cakes kinda sucked?

I shall be following this closely. Watch this space for more breakingbaking news and commentary. I may be 6 days late again. I may not. Or I may just talk about commenting and not actually Do Anything About It. Kinda like what I'm doing now. 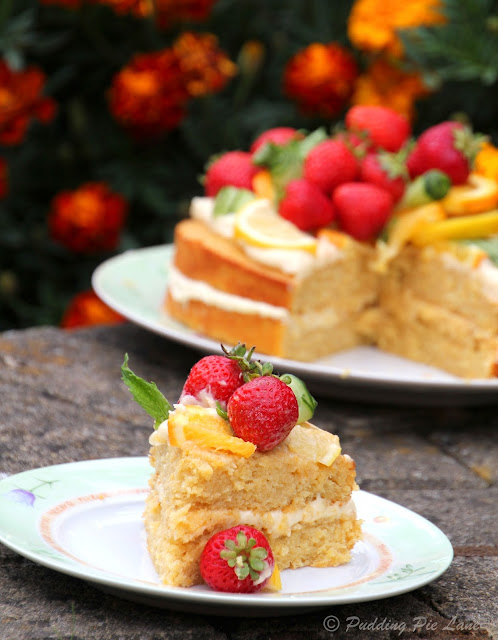 So what's everyone been up to this bank holiday weekend?

I have a bit of a confession to make. Do you ever end up on that weird part of YouTube when you're bored or procrastinating and the next thing you know BAM you've spent three hours watching videos of Asians before and after make-up / elephants sneezing and running away / Epic Meal Time bacon chocolate cheeseburger pizza pie and you know you really should stop but you can't help but click the suggested links on the right hand side and even though you really should go to bed but those videos of people doing the cinnamon challenge are just really, really funny? Yeah, that happened.

Oh, and I did some baking and pimms drinking. But I guessed you probably may have figured that out =D 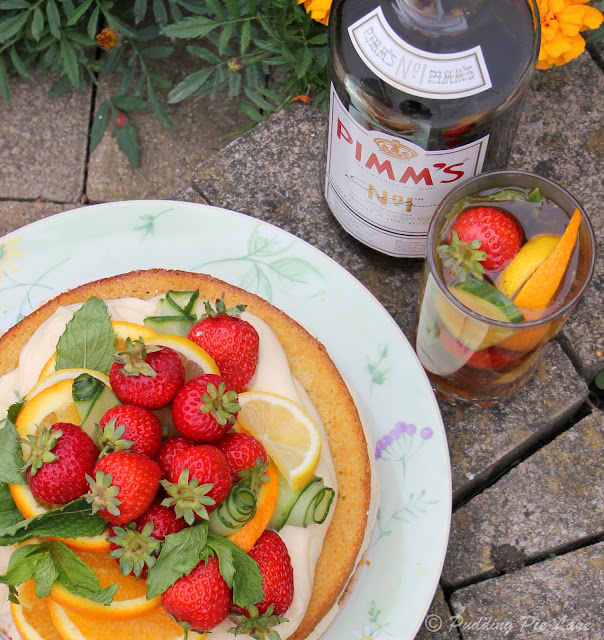 I made this cake back at my parents house this weekend which is probably good because the oven in my London house is broken. So I've been grilling all of the cakes I've been making of late (did you know grilled cakes burn on the top? Whoops). We've been meaning to tell our landlord but it's one of those things were you tut and say '"someone should really email our landlord" and everyone agrees and says "yes someone really should" .... tumbleweed passes .... situations.

And well, if you're my landlord...surprise! 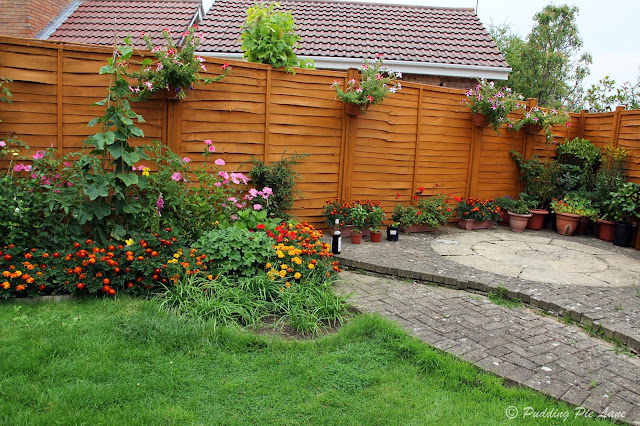 Also, my parents have a lovely garden which makes a great backdrop for the cake. But not so great when you're sprawled on the tiles trying to get an eye-level shot of the cake and ants are crawling places where ants ain't supposed to be crawling.

Can you spot the Pimm's? 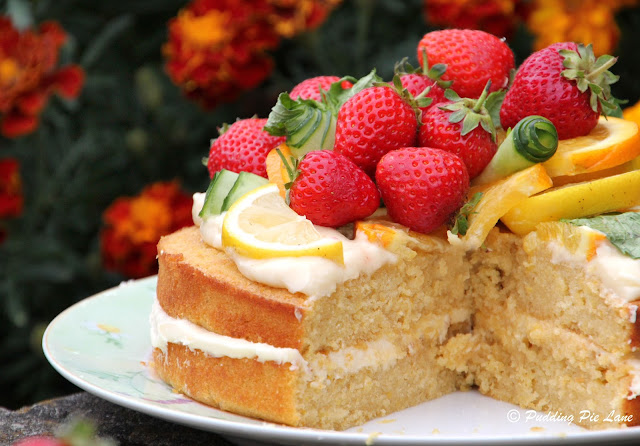 A couple of (more serious) things about this pimm's cake - I used a lemon an orange spone with a little bit of pimms baked into it. And then also brushed the cake with lemon and orange juice and pimms after baking. It's meant to be a very moist cake but don't drench it or the cake will go soggy!

To pile the fruit on top, I used a ring of buttercream icing (again spiked with pimms, I know no boundaries) around the top of the cake as a 'wall' then piled sliced oranges and lemons and strarberries on top. Then I slotted in some rolled up bits of cucumber and sprigs of mint. Oh, and if you think mint in this cake is weird, it's really not - trust it mint and lemon & orange cake just...works!

I hope you enjoy your Monday off, and have a great (and hopefully Pimm's filled) week!

p.s. I'm also linking this to Javelin Warrior's Made with love Mondays which hosts recipes made from scratch and without any artificial ingredients, transfats, food dyes or high fructose syrup. And also to Dolly Bakes and Laura Loves Cakes' August Calendar Bakes, which the theme is 'Summer Lovin'. I think Pimm's pretty much sums up summer loving =) 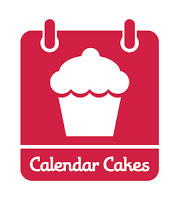