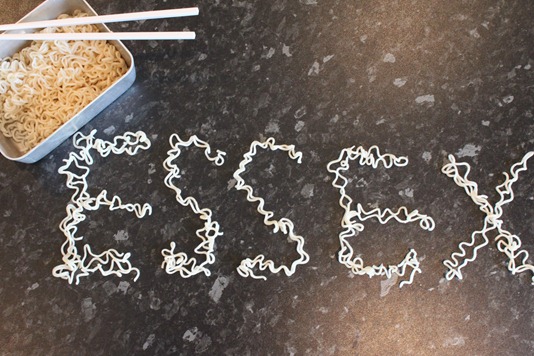 There is just something comforting about eating noodles. Singing ‘mmmmm….noodle soup!’ is pretty satisfying in itself. AND you can write with them. Can the humble noodle do no wrong?

The question was rhetorical, but if you’re looking for an answer it’s 'made up of two letters, one of which is ‘N’ and the other ‘O’. Joe-the-Essex-boy’s version was pretty much a staple in Borneo – probably due to the 2 kilos of sweet chilli sauce we were given.  When I made it today, it certainly brought me back.

I even sought out chicken luncheon meat, and when I opened the tin, something smelled REALLY nice. Like, freshly-baked-breaded-chicken-stuffed-with-cream-cheese-and-herbs-nice. But despite this, I still had to be suspicious of condensed meat that came from a tin and had an expiry date that was in three years time. 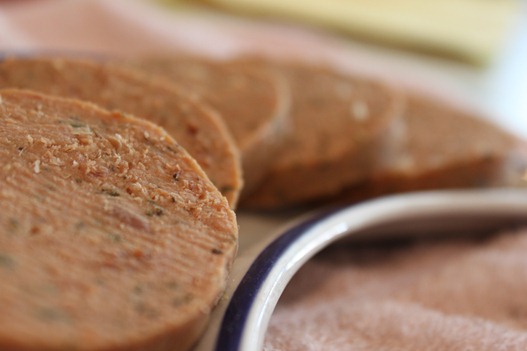 I saved the best bit till last – adding the chilli sauce. Joe did specify to add ‘a lot’, which I took to mean ‘smother those noodles with the damn yummy stuff’, and so it was done. 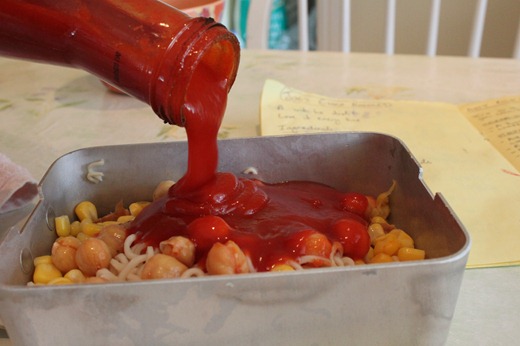 Somehow I think I may have added a bit too much of it though, because when I tasted it I couldn’t tell where sauce ended and noodle began.

Adding the ‘slightly roasted peanuts’ was a bit ambiguous. How slight is slightly? Slightly toasted in a pan? Or roasted until slightly brown? I guess the answer was up to my top notch chef intuition.

Well, it added a crunchiness to the sticky sauce, and I hear contrasting textures is all the rage these days (granted, they may be talking about clothes, but it’s practically the same thing).

If you are eating this at home, it is suitable to use a mess tin as a all-in-one cooking pot/ mixing bowl/chopping board. When entertaining (hey, noodles are a luxury at uni) it is perhaps a good idea to use a plate. Just a suggestion :)

Joe, I hope these noodles made a reappearance in Essex! 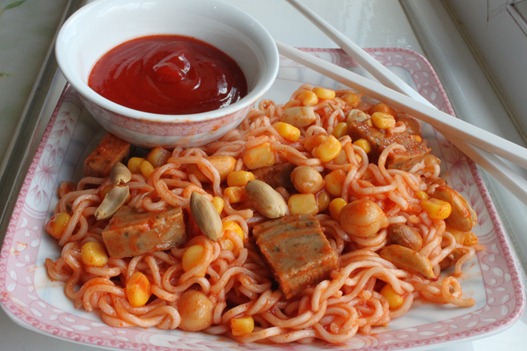 Lesson learned today: you can never go wrong with noodles. And if you do, just add some sweet chilli sauce and everything will be OK! 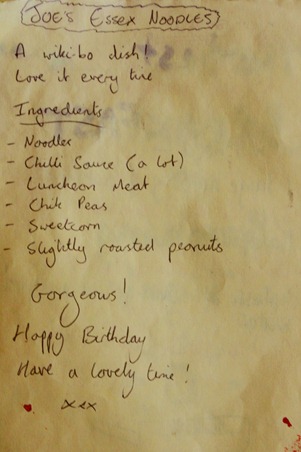 Email ThisBlogThis!Share to TwitterShare to FacebookShare to Pinterest
Labels: savoury