Selamat Pagi! Sorry for the lack of updates recently, but I have now finally returned from my Travels In the East (i.e Borneo) with Operation Raleigh. Not having any electricity, it was quite difficult to blog whilst out there, really. It took a little while to get to grips with technology again, but now I’m sat with my trusty laptop and typing away, so prepare for a mammoth read coming up!

A little about what Raleigh does: “Raleigh is a leading youth and education charity and since 1984 our expeditions have inspired over 30,000 people from all walks of life, nationalities and ages to be all they can be, helping them develop new skills, friendships and volunteer to make a genuine difference to communities and environments across the world.”

With sponsorship from UBS (an investment bank), off I went to the Sabah region of Borneo for 5 weeks to build a gravity water feed system in the remote village of Bombong Tiga for the first 3 weeks and then trek in the Sabah jungle for 1 week (I know that doesn’t add up to 5, but there was training in between those times). There’s so much to say about what I did and how I found I found it (tough but amazing), so I’m just going to concentrate about what I did In The Kitchen and sum up the rest of my trip in photos: 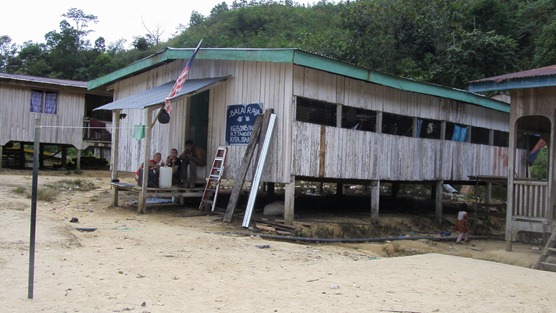 Where we stayed during our project phase in Bombong Tiga 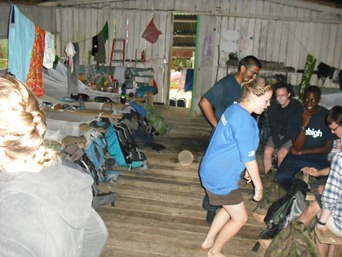 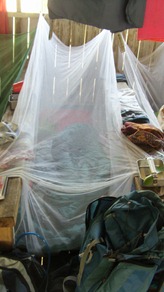 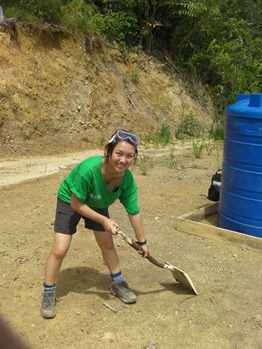 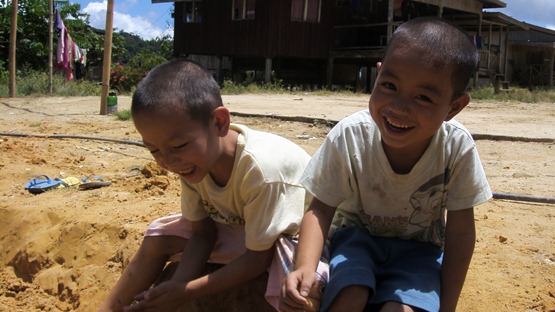 The kid we named Spiderman 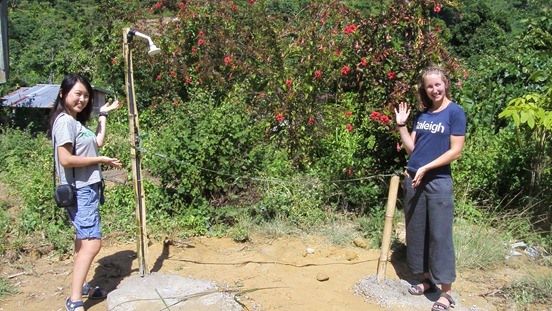 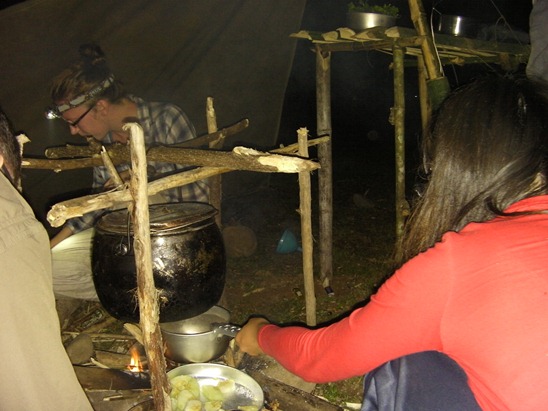 Cooking in the jungle 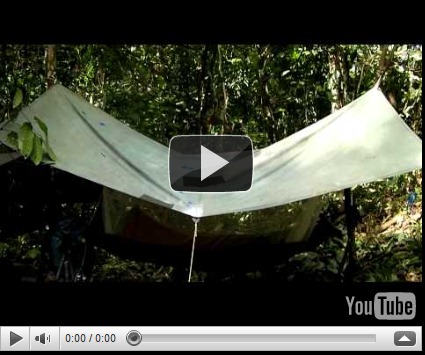 First night it the jungle with tropical rain and my leaky tarp :(

That was pretty short summary of my time (I thought that maybe posting my 1 and a half hours worth of video would be a tad excessive) there. But on the food side, the summary won’t be as long!

During our project phase we were living in the community hall (as pictured above), which was our bedroom-come-kitchen-come-dining room-come-living room. We worked pretty hard to make a hut a home: 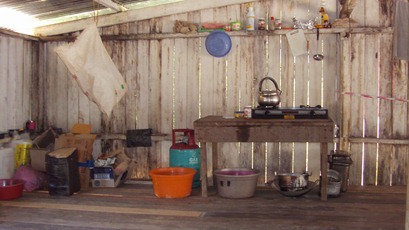 This was our kitchen area – many culinary delights were created here. Well, as delightful as you can get with tinned Raleigh rations: 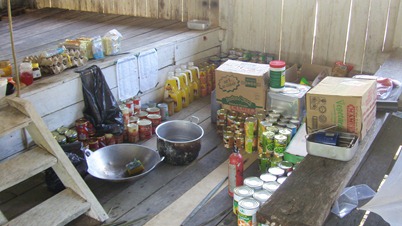 Every day we had 3 people on chef duty. Dinner was just crackers and spread (not much to blog about there except that it was boring to eat) but lunch was pretty inventive. Served in our mess tins and eaten with sporks, it was definitely a time to bond over instant noodles and beef curry… 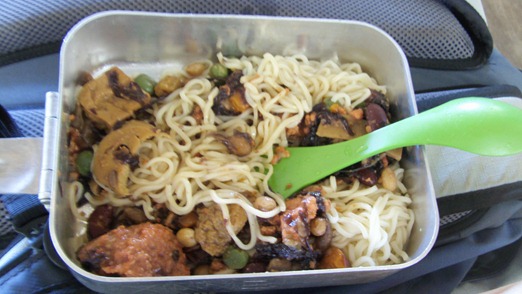 We even had some pretty good baking opportunities! Cinnamon cake, bread and butter pudding, peach crumble, Milo fondue, Milo flapjacks (Milo is a chocolate malt drink really popular in Malaysia, and pretty damn addictive… maybe because it was the only form of chocolate we had…) and smiles all round! 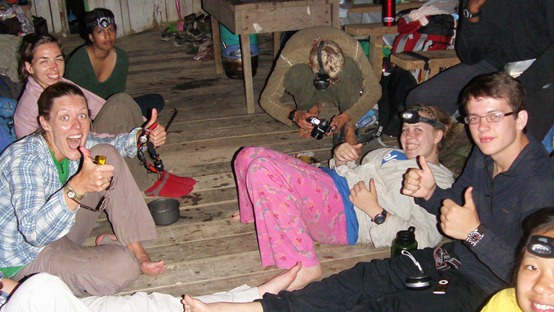 We had quite a lot of tinned peaches, so one night we made *drum roll please*… peach crumble! I was panicking slightly for not having any scales (the last time I tried to improv a cake it tasted like feet – but I did go and add every single ingredient in the cupboard – maybe some soy sauce got into it?), I was slightly anxious, but the recipe for Bombong Tiga peach crumble is actually pretty simple to do and also pretty damn good! 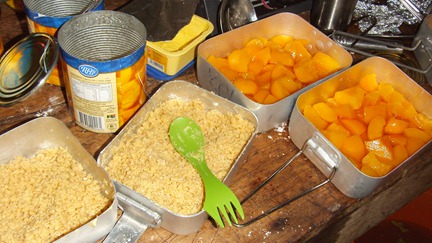 This pretty much sums up the cookathon during our project phase. During the adventure phase (trekking in the jungle) we didn’t have as much food (okay, we barely had any food because we didn’t want to carry it), and all that was required was to boil purified water and rehydrate instant pasta.

Before the trek we had two days training in a camp (not quite the same as you’d get in the UK, more like a flat piece of grass with a ‘toilet’) with some challenges that we had to complete as a group to win points. There were food related challenges, and one of them is something I’m not going to forget anytime soon… 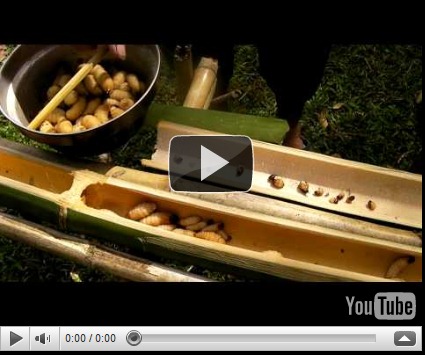 I swear I could still feel them wriggling around in my stomach.

There was a lot of gagging and coughing involved after I ate one, but I’m pretty proud of it :) I think it tasted a bit like a wriggling lychee, but I wasn’t about to swish it round my mouth to find out.

When we were in the jungle, our two jungle guides would cook for us every night, as served them jungle style. The last night was my favourite: bamboo root and tapioca collected during the day trek, the former stir fried with seasoning and the latter boiled with pea leaves: 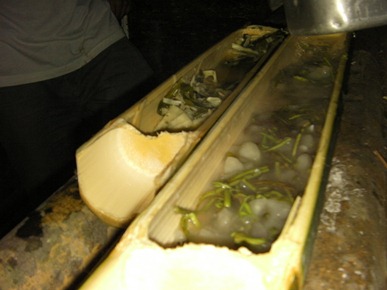 Fruit was pretty abundant in the jungle, and I was lucky enough to try lots of exotic fruits. And as a personal reminder to myself, I rated and commented on each one :)

So all in all, being In The Kitchen during Raleigh Borneo was pretty exciting, I’ve learned there’s quite a lot that you can do with tinned food, and lots about Malaysian food in general. I think my friends from my project phase picked up on this foodie thing pretty quickly because for my birthday I got my own personalised recipe book. And I plan to make every single one and blog about them, so watch this space!

Coming up next: Xinmei’s birthday recipe book and the culinary delights of Kota Kinabalu (the capital of Sabah).

Lesson learned today: Traditional Malaysian food is delicious. Maybe except for the maggots.

Email ThisBlogThis!Share to TwitterShare to FacebookShare to Pinterest
Labels: travel