From China With Love: Arrivals

A big snowy dizzy blur. No update on the food front as of yet, having been in China for four hours and only managing to briskly stomp past the ‘restaurants’ selling 20p dumplings and noodles.

This was because my mum and I needed to catch the train from Shanghai to Nantong. See now, I am going to emphasise the plan to ‘catch the TRAIN’. So obviously as soon as the bus from the airport dropped us off some half mile or so away from the train station,, we were bombarded (and I wish I were exaggerating) with private (i.e. illegal, but we shall use that term very loosely here) taxis asking us where we were going:

”Where are you going? Take our taxi!”

”To Nantong, but we’ve already sorted out our transport.”

”What, no! Take our taxi, only 300 yuan! You’ve got too many suitcases. There’s no way you can carry those yourselves!”

”Take our TAXI!!! There’s no fricking way you can carry all of those suitcase by yourselves!!! We’ll drop you by your door!”

Update: when we got to my grandparents home, my grandma was so sweet and waited up for us, and cooked us a lovely dinner (which I preceded to take many photos of) which we were eating at 11pm: 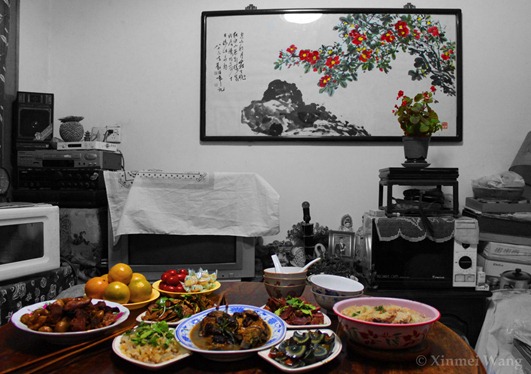 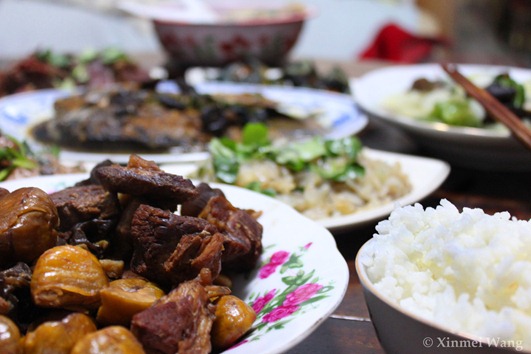 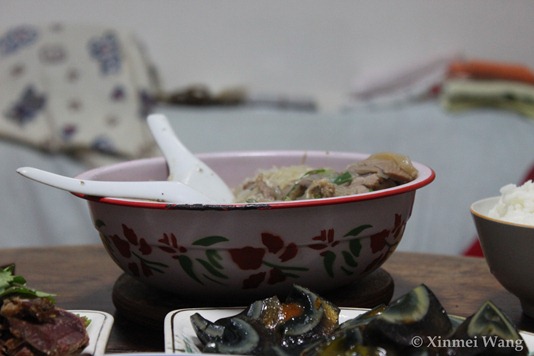