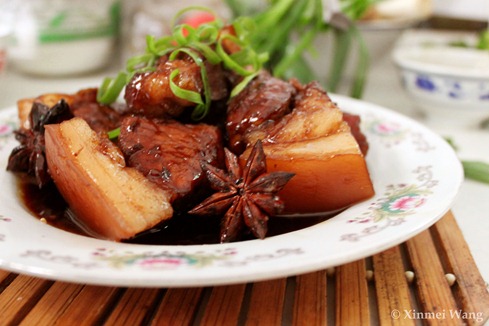 I am proud to say that this blog post is the first recipe on the Cambridge University Gastronomic Discovery website - you saw it here first!

Update: I've also added it to the BBC Good Food website (you can see it in all its delicious soy saucy glory here), it's pretty much the same thing, but it's on an ACTUAL WEBSITE!

A little bit of research tells me that Dongpo pork is a very famous dish from Hangzhou in China, named/insipried/something-along-those-lines from the poet Su Dongpo, some almost-millennia ago. He was very wealthy (I’m guessing therefore he could afford to buy meat) and made a modified version of the very famous Chinese red-braised pork, by simmering it for a longer time in the traditional sauce plus caramelised sugar.

The emphasis on this dish is really on the fat; the cooking method means that the oiliness seeps out and leaves a gelatinous wobbly bit left, which no longer makes you feel queasy when you eat too much. So you can keep on eating!

I learnt how to make this with a  ‘teach many yourself Chinese dishes’ (yes that’s really what the cover said) DVD that I bought from China a few years ago. Not only did I learn this recipe, I also learnt some more Chinese too. Apart from that, I spent 20 minutes watching them cook and not really following a word of it.

However, I got the gist, made it a few times, forgot the recipe, made some bits up, and improvised. Like I mentioned before, I made it in China in my grandparents kitchen (a health and safety hazard if I ever saw one), and I finally decided to write it down after I realised that it was pretty popular. 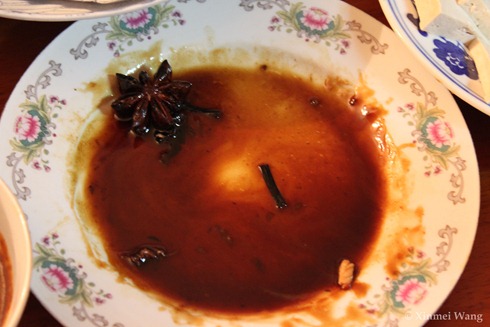 I also just wanted to say that the recipe is not exact, some people like sweeter, some prefer more soy sauce. Experiment with the ingredients to find what you like!

To buy the ingredients, you can usually get them in the Asian department in the supermarket. I’d suggest the internet, but I’d feel bad you having to bulk buy 20 bottles of soy sauce when you will use about half a cup (though I am not discouraging you from doing this – I am short of soy sauce right now). 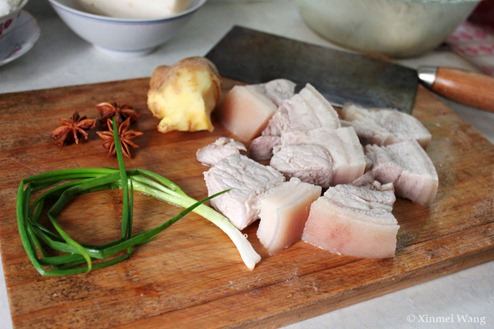 Bonus points if you can get hold of a meat cleaver like the one in the photo!

To make the spring onion curls, peel off strips of spring onion with your fingers (this works with chives too), and then once you have that strip, run your nail across its length. This should give it a natural spiral curl. 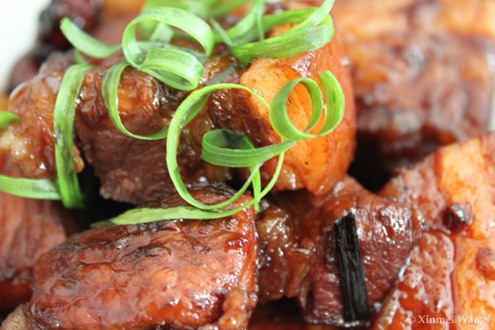 Lesson learned today: you can be a poet (see my blog on rice), and a great cook (see my blog in general), but that doesn’t make you invincible from heart attack.