From China With Love: Christmas

I’d say Christmas in China is more of a thing than Chinese New Year in the UK. I even managed to find a Santa walking around the electricals bit of the department store handing out leaflets. He was evidently embarrassed by the outfit and didn’t want to be recognised; either that or didn’t know that beards don’t usually grow around the eyes… 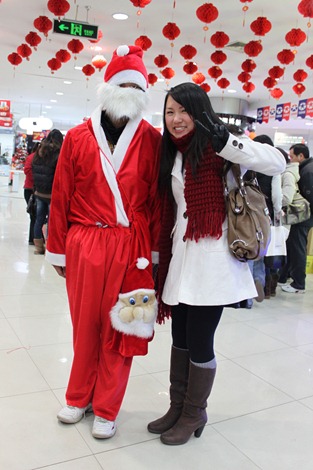 But the main part of this post is of course: CHRISTMAS DINNER! We had two meals, the first was in a restaurant with about 40 family members, and it wasn’t really a Christmas meal. As in, my grandparents invited all of these people for a meal because we needed to thank them for visiting my granddad in hospital, and the 25th worked – not because it was Christmas, but because it was a Saturday. But hey, beats turkey and pudding any day :) 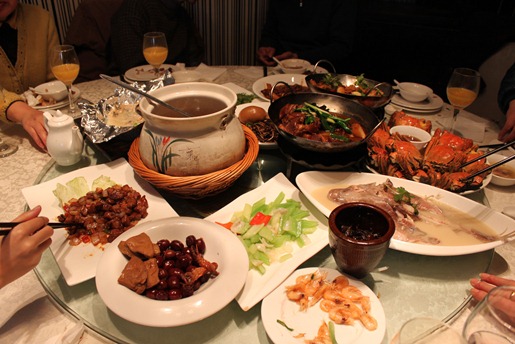 And three guesses as to what this is… 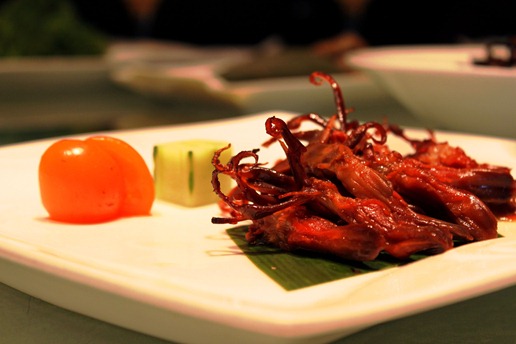 So that was lunch. Moving on (absolutely stuffed, so we were moving on pretty slowly), we took a quick walk to work up the appetite again. 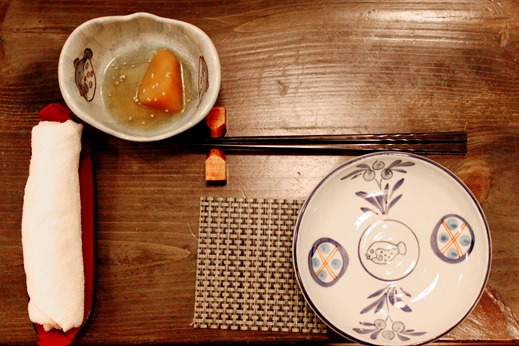 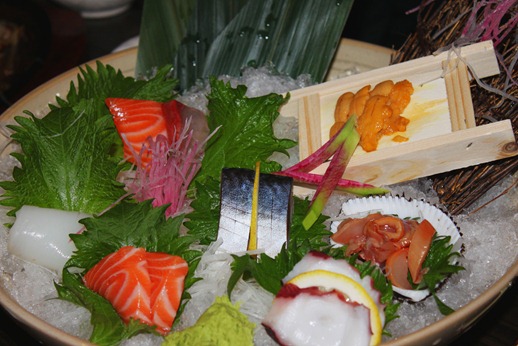 There was salmon sashimi, tuna, octopus, some white thing, squid maybe? And something else yellow and slushy which I just ate and it tasted…slushy (if my taste buds allowed for colours, I’d say it probably would have tasted yellow too). 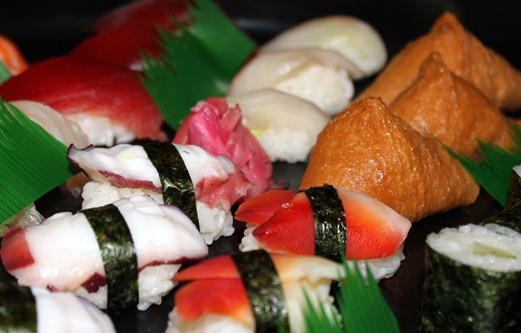 I don’t think I’ve ever eaten so much raw fish in my life.

And I liked it.

This was a platter thingy that we ordered. Most interesting was the chicken heart (second from left). I was offered some – “Xinmei, have some chicken heart!” and my gut instinct was to reel away and protest “euurrgghh, no.” Which as soon as I said that I regretted but it was too late and was snapped up (or chewed up and swallowed) by my cousin.

It came out to about 158 yuan per person (about £16), which is very very expensive in China (though that might have just been the restaurant, I have no idea, I followed my uncle… and the smell), although I would choose this over Yo Sushi any day!

Lesson learned today: Christmas isn’t just about turkey and stuffing, it’s about food that brings people together, for instance, duck tongue. (Yes, that’s what it was, how many guesses did you use? Ha! Bet you weren’t expecting that! ;)