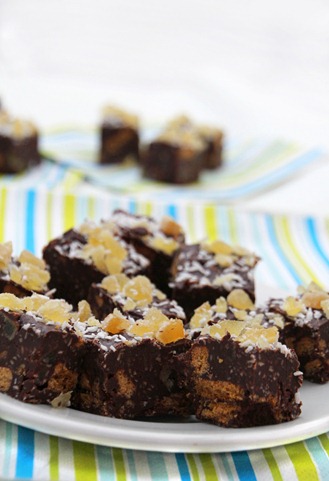 I never really understood where the ginger and chocolate combination came from. Why ginger specifically? If you’re going for spices, why stop there? Why not try parsley, or coriander, or even garlic?

I think I just answered my own question. 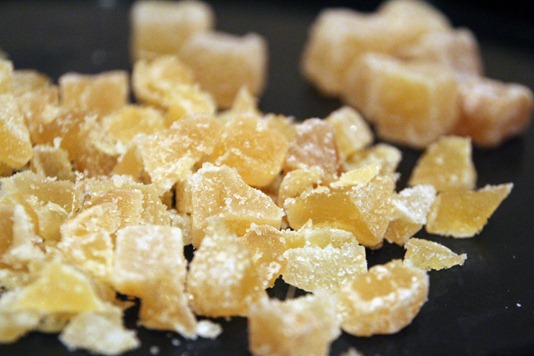 But you better get used to it, there’s a series of ginger related posts coming up. Ginger is good for you, it makes really nice sweet ginger tea which is great if you have the snuffles (and dark chocolate is high in antioxidants…so….chocolate + ginger = …cure for cancer?).

Also because ginger recipes were the only ones left in my Green & Black’s cookbook. 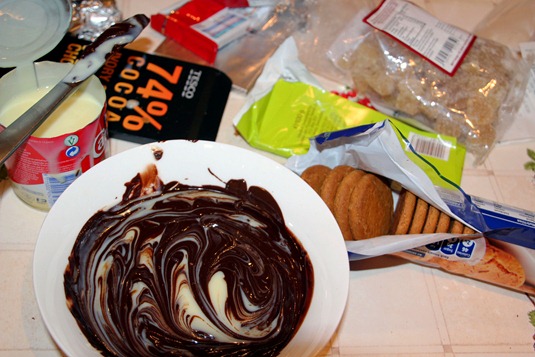 So first, well, first I took loads of photos of chopped up ginger  from about 20 angles, then I melted the chocolate (I cheated, and melted it in the microwave instead of on the hob, please don’t judge me!), and added all of the other bits and bobs (see recipe below).

I crushed the biscuits in a plastic bag with a rolling pin, except the bag kind of burst and covered the kitchen counter in sugary buttery biscuit dust. This always happens, but since I was at home (as opposed to uni) when I made this I just, sort of, brushed it onto the floor and hoped my slippers-wearing family wouldn’t notice until the next vacuuming session (or until biscuits crumbs sticking to the slippers ubiquitously appeared all over the house).

I could totally write a book on ‘How-To-Create-a-Mess-In-the-Kitchen-Completely- By-Accident-And-Ways-To-Pretend-That-You-Are-Busy-Therefore-Avoiding-Having-To-Clean-It-Up”. But I digress. 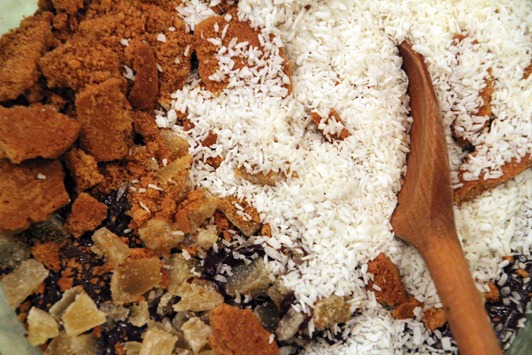 The mix included more ginger, gingernut biscuits, and you could really push the boat out and even go for ginger chocolate. We are now in Very Spicy Ginger Territory – hold on tight. 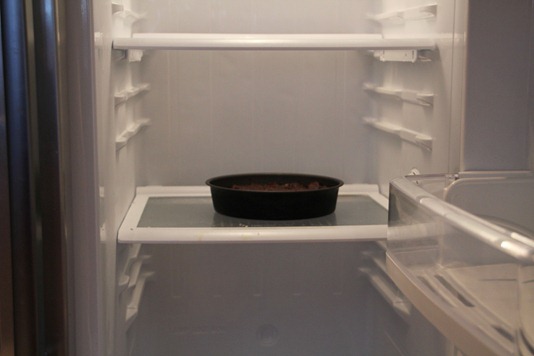 When I made it, I had to put the mix in the fridge to chill overnight. The fridge was empty; there was only one food in there. And it was chocolate.

So when I was writing this I googled ‘interesting facts about ginger’ in which absolutely nothing interesting came up. I did, however, find out that: “in spite of it being a natural remedy, it's important that any medicinal use of ginger be discussed with a physician, as it must be taken in moderation to avoid gastric irritation”. Haha, I also made this for my neighbours at our new neighbour party. 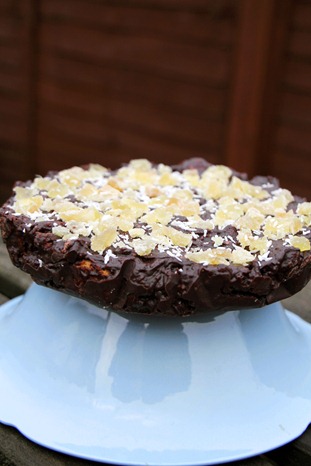 I think that when I made this in total I used about 1kg of chocolate/sugar/butter/biscuits for this recipe….I mean, this was so wrong. 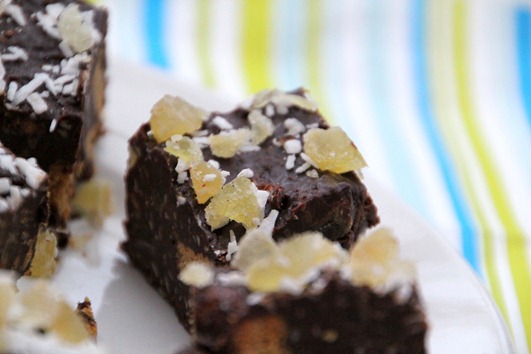 But then again, being right is overrated anyway :)

Lesson learned today: Ginger is good for you, but it may give you gas. Eat in moderation, and preferably not in public.