From China With Love: Out and About

As soon as I got used to the freezing temperatures and accepted the fact that I probably wouldn’t regain the feeling in my toes for the next two weeks, I finally left the house and went scouring the streets for food and photo opportunities. There are loads everywhere, literally about 2 minutes down the road from my grandparent’s house will be someone selling fruit and vegetables: 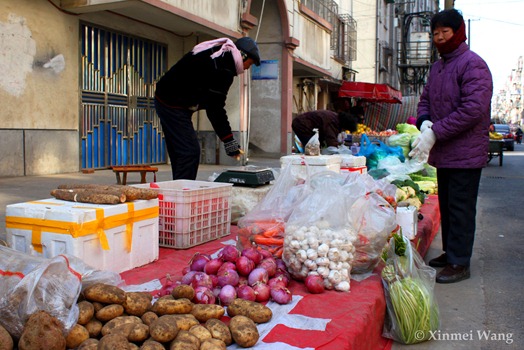 And two minutes down the road from that, will be street vendors selling ‘little eats’. I once found the best Chinese sweet onion pastry thing, and wanted a fresh one for breakfast the next day. 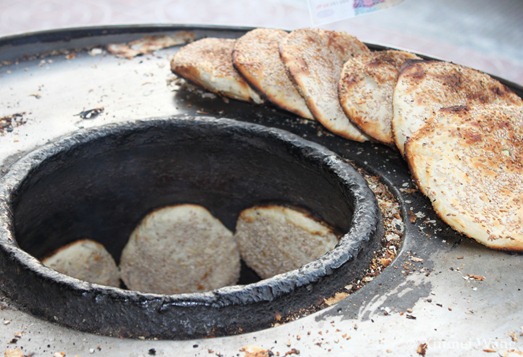 Except breakfast for everyone here is about 8am, which (ha!) isn’t going to happen, so when I woke up at 10.30am, I ran out in my pyjamas (it’s er…a fashion statement back in England), but to my dismay, they had gone :(

Most of the street vendors set up at night, usually on a busy road or next to the street markets. 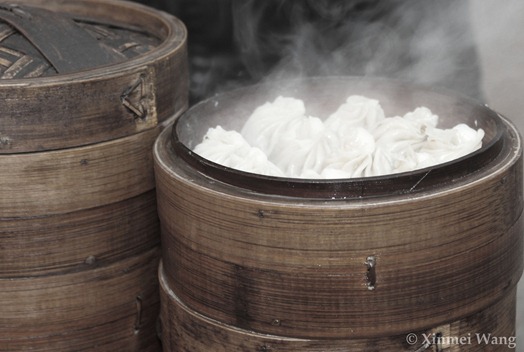 Xiao Long Bao (‘Little Lion Buns’), are like steamed buns but with soup inside, which annoyingly always seems to dribble out when you bite into it. Tasty though! 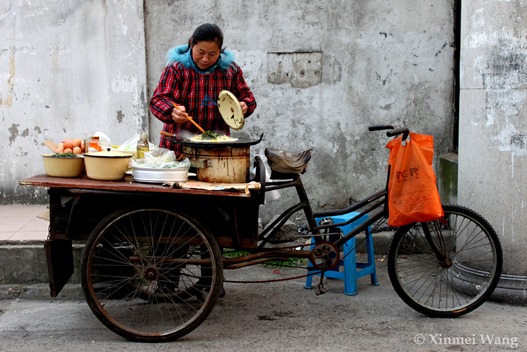 Here, she’s making omelette with potato strips, egg, frankfurter sausage, and seaweed. Who would have thought, “I think it’s missing something… I know! Let’s add ALGAE!!”. And this wasn't the type that you normally put into soup, it was the crunchy, and slimy (does that have bad connotations? Is there a way of saying nice-slimy?). Just to Asian-fy what could have turned into a Western dish. 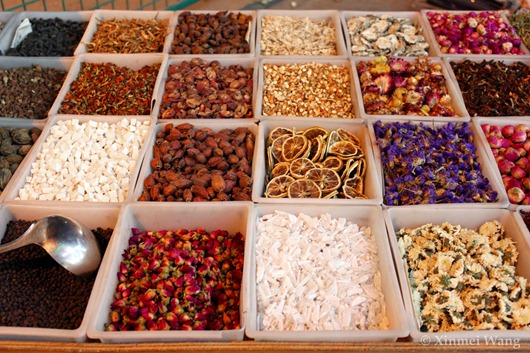 All the tea you could ever want – or think of – in your life. Also makes great pot pouri. 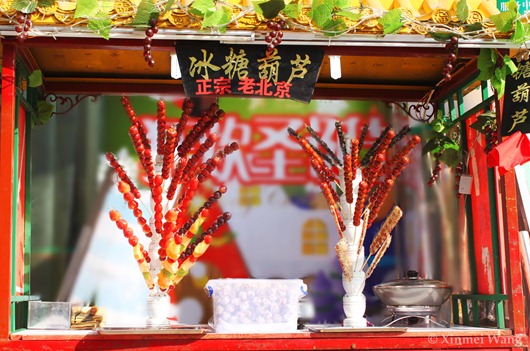 ’Old Beijing’ toffee apples…and now they’ve also branched out to strawberries, pineapples, kiwis, oranges, even cherry tomatoes. Which is probably good, because I swear those apples were a bit rotten under that mountain of sugar crust. 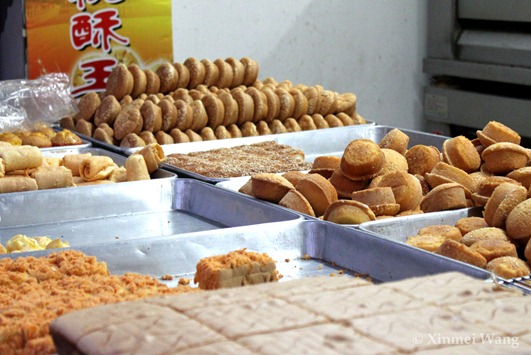 And last but definitely definitely not least, cakes! Surely they can’t beat my ‘baked with love’ cakes? We shall see (I bought two of each, came to about 80p)….damn, these things are nice.

Lesson learned today: it’s not just sugar that you can put onto anything to make it taste nicer, it seems seaweed does the trick too!
Posted by Xinmei @ Pudding Pie Lane at 18:22